A coalition of Niger Delta militants is demanding from the Federal Government the return of all oil blocs controlled by Northerners to the people of the oil producing region.

The demand is in retaliation for the order issued by Northern youth organizations to the Igbo in the north to quit the region by October 1. 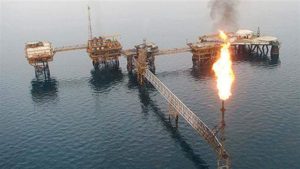 Besides, they warned all the companies operating such oil blocs to quit within three months.

The group said: “A coalition of the Niger Delta militants met today in Port Harcourt to review the recent call by the Arewa Youths groups that the Ndigbo should vacate all the Northern states within three months.

“We see the declaration by Arewa Youths as a declaration which the Northern Elders, Leaders, Political Elite, Security Heads from the North and Governors were fully aware of.

“We demand 100 per cent control of our resources. We demand that the Federal Government should hand over all oil blocs owned by northerners to Niger Delta indigenes. All the companies operating in such oil blocs/wells should vacate within three months.

“The Federal Government should immediately relocate NNPC and all the offices that have to do with oil/gas sector back to Niger Delta states and immediately replace the Group Managing Director with an indigene of Niger Delta.

“All Northern indigenes working in NNPC and any other board that has anything to do with oil/gas should be sacked with immediate effect.

“The President can have time to receive the Chibok girls but could not have time to meet with the representatives of the Niger Delta agitators. Our money has been used to fund Boko Haram, a problem created by the Northerners in order to use it as conduit pipe to siphon the resources of Niger Delta.

“On October 1, 2017 we shall declare our Independence come rain, come shine.

We shall take our destiny in our hands and free ourselves from the slavery of the North as they are tired of one Nigeria.”