-“Hon Idongesit Ituen has never harassed me before, I have never given him money neither has he ever requested for it before. Discard every media reportage, they are not true and I never sent them to write what is not true. They are from the pit of hell”- MRS ESARA CLEARS THE AIR AND SORT FOR PEACE.

RECKLESSNESS OF THE MEDIA

For weeks now there had been a wild media reportage allegedly sponsored by some quarters to fuel the deepen crisis in Itu local government. Some media practitioners have gone deeply even in back stabbing and mudslinging the person of her Excellency, Mrs Martha Udom Emmanuel and Prince Idongesit Ituen in matters they knows nothing about. Given the person of her Excellency, one would begin to ask.. How did the number one mother in Akwa Ibom State be involved in the said misappropriation of fun in Itu and what was the involvement of Prince Hon Idongesit Ituen? The truth remains that neither of this two names knows anything about the said matter as various testimonies given on the matter never pointed to the two names earlier mentioned other than some paid media handler whom what they knows best is to cast aspersions on the already modelled personalities as the wife of the Governor, the Martha of our time. 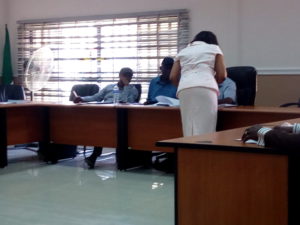 DUE PROCESS WAS NOT FOLLOWED 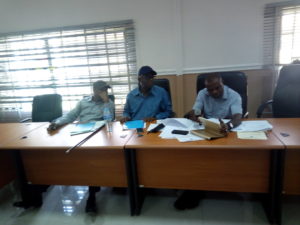 The House Committee Chairman set the ball rolling by calling on the former Head of Personnel to Itu LGA to give account with documented evidence of what he knows. Responding immediately, the former HOP presented well scripted documents in form of memos proving that he had warn the Transition Chairman several times on the need to follow due process before embarking on the said Etaha Itam Market project but the Chairman refusal compelled him to raised a Memo which he copied everyone stating the negligence and the subsequent danger that might cause.

The HOP on the account of his testimonies maintained that the project in Etaha Itam market was never captured in the budget and was never discuss at the FGPC and that was the reason he advised the Chairman to do the right thing. 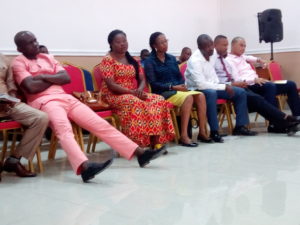 In the same vain, the Transition Committee member in charge of Works declines the knowledge of the project. “it only came to my knowledge through the Memo raised by the Former HOP which I was copied”, Transition member for Works stated.

The account of the former Director of Works, Director of Finance, Transition Secretary and the petitioners all pointed to the fact that Due Process was never followed and they don’t know how the project was funded.

Finally, the House Committee Chairman, Hon Idongesit Ntepere concluded that Due Process has be followed but just before then, the party to the respondent pleaded that the House Committee on Local Government and Chieftaincy Affairs should help them issued peace in Itu as they are ready to end the lingering crisis.

The house that is divided against itself cannot stand. Itu has always remain a PDP family and the leaders need everyone on deck to push the local government forward and all who love the developmental stride of His Excellency, Udom Emmanuel must shield their sword and come together to fight the common monster. Udom must be reelected and the votes from Itu matters a lot.