I have watched the political games in Akwa Ibom State from the sidelines for so long. As much as I am almost apolitical, I have found it difficult to restrain myself from commenting on the comic character of Mr Nsima Ekere.

As far as I can see, the Managing Director of the Niger Delta Development Commission, NDDC, Mr Ekere is a big comedian. How he manages to sleep at night with all the mischief he goes about spinning in the state makes me feel like throwing up.

How can a man, who claims to have the interest of the State at heart attack hire some idle youths, including, at least two ladies, to be insulting the governor of the State he seeks to govern, and he does not have shame?

Instead of employing these over aged ladies in NDDC and giving them a secure future, he pays them a monthly stipend to abuse the governor, with every breath they have. Meanwhile, a very reliable source, who is my friends father that works with NDDC, leaked that, Mr Ekere is allegedly busy awarding every genuine contract to his close relatives and fronts, and awarding fake contracts, without mobilization to those he has deceived to follow him for his Governorship project.

When I asked to find out how true the allegations of false contracts awarded by Mr Ekere is, my friends father revealed that, for projects that are tentative and uncertain, which have not been captured in the NDDC’s budget, Ekere will throw such contracts to his political foot soldiers and ask them to exercise patience, till the Presidency releases funds.

But for the already approved and budgeted ones, the NDDC Managing Director will get his fronts to execute them as he desperately looks to amass funds for his electioneering campaign.

I am made to understand, that NDDC staffers are depressed and have regretted having Mr Ekere as their Managing Director, as things are not going normal again. There is a murmur going on that, as soon as he resigns to pursue his Governorship ambition, whistleblowers in the NDDC will spill the beans.

The aggrieved staffers have vowed that, for the many abandoned contracts, which he has dubiously approved full payment for, Mr Ekere and the fronts he is using to corner NDDC contracts and loot the Commission will be made to account for it all.

Mr Nsima Ekere may have forgotten the adage that our elders gave about spitting into the wind. He needs a reminder that, whoever spits into the wind will have it right back on his face. All the insult Mr Ekere instigates against Governor Udom Emmanuel will come right back to him.

When this his ill fated ambition finally crashes, those uninformed media agents, he is paying to insult the governor will be out of job. They should find out from those who did their kind of dirty job before. Meanwhile, the few, Nsima Ekere took seriously and employed in NDDC will be happy ever after his Governorship dream is dead and buried.

The sign of things to come is already staring Mr Ekere in the face. Since he emerged as the strawman of the All Progressives Congress, APC, in the State, many wise men, who saw through the emptiness of his grandstanding quit the party. The mass exodus from APC began with former Commissioner, Mr Samuel Effanga. Then Nsit Atai political juggernaut, Chief Sunny Elijah followed suit. Several others joined the until the straw that broke the camels(APC) back, Chief Sunny Udom left.

The former Director General of the Governorship candidate of the APC in the 2015 election is not a minor figure. He was the strength of the APC. But he was frustrated by the comedy club of Nsima Ekere and his cohorts. When Abak Five gathered for a Grand Reception and endorsement of His Excellency, Governor Udom Emmanuel, Chief Sunny Udom saw the best opportunity to jump off Nsima Ekere’s sinking boat of deception.

Giving reasons why he left, he corroborated what my friends father said about Ekere and fooling his supporters with fake contract papers.

This is exactly what he said at the rally in Abak, in case you missed it. “Out of the 50,000 people in this stadium, 20,000 followed me, it is not easy. The party that I belonged, the APC, there is someone they chose and all of them don’t like him, but are following him because the person deceives them with contracts.”

Three sore points he pointed out. Nsima Ekere is the most hated man in APC, that’s why they left the party. Tens of thousands of them. Secondly, those still following Nsima Ekere are not doing so because they genuinely love him or support his Governorship ambition. They are following the promise of contracts. The problem is, the contracts are fake.

Nsima Ekere should know that, just as our elders say, we only get to see the fowls rump, when the wind blows. As soon as Nsima Ekere resigns from the NDDC, be ready for a shocker. The wind will blow and his schemes, shady deals and deceit will be open for all Nigerians to see. I will also remind him that if he he who sows the wind is will reap the whirlwind. What awaits him after all the conspiracies to abuse the government of the State 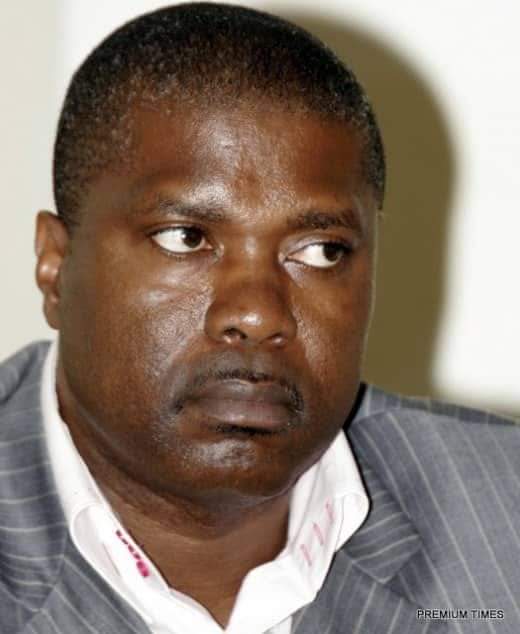 Be the first to comment on "NSIMA EKERE: SPITTING INTO THE WIND"