The report, which apparently was not unconnected with the massive employment opportunities being generated by the government of the day, may have considered the industrialisation drive of Gov Udom Emmanuel’s administration, which has in no small measure, brought about the overwhelming reduction, as many people got engaged in the different factories and other economic activities ongoing in the State. 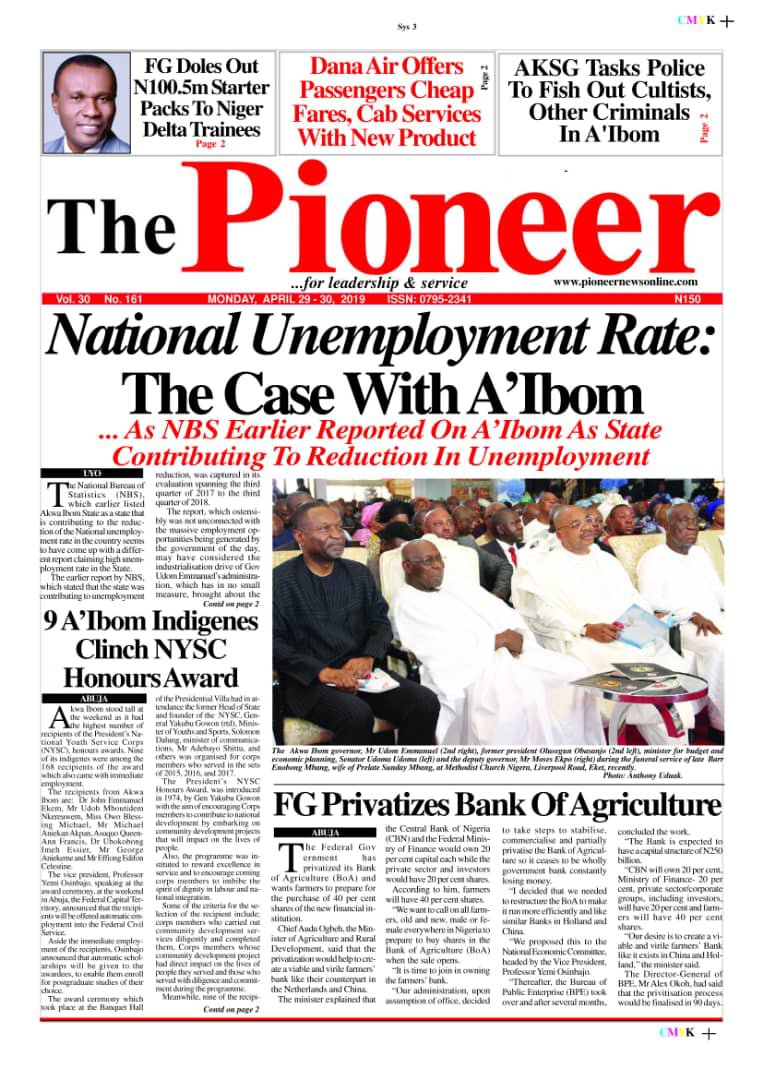 According to investigations, the Syringe production facility, the Digital Meter production factory, the Coconut Refinery, and a combination of the Rice, Garri, Fertilizer and Flour Mills already in the State, have caused more people to relocate to the state in their quest for employment, as such, the weight of the demands for employment has brought pressure on the employment situation in the state.
In addition to the above employment-generating outlets in the state are the numerous roads and other building construction firms, many of which are indigenous, and all of which are not being spared of the employment pressure.

Investigation also has revealed that apart from the influx of people relocating to the state for employment opportunities, the peaceful disposition in the State is another reason for the influx of people to the state, with its attendant pressure on employment opportunities.
However, with the latest addition of Ibom Airline to the stable of Governor Emmanuel’s industrialisation drive, and other projects lined up in the completion agenda of the governor, the pressure on employment in the state, according to observers, is soon to be arrested.