The Akwa Ibom State Governor, Mr Udom Emmanuel has assured that he is committed to the full resuscitation and recapitalization of state owned mortgage bank, Akwa Savings and Loans Limited.

Emmanuel who made the assertion at the commissioning of the new headquarters of Akwa Savings and Loans limited in Uyo on Friday said he had directed his hon commissioner for finance to ensure the speedy recapitalization of the financial institution. 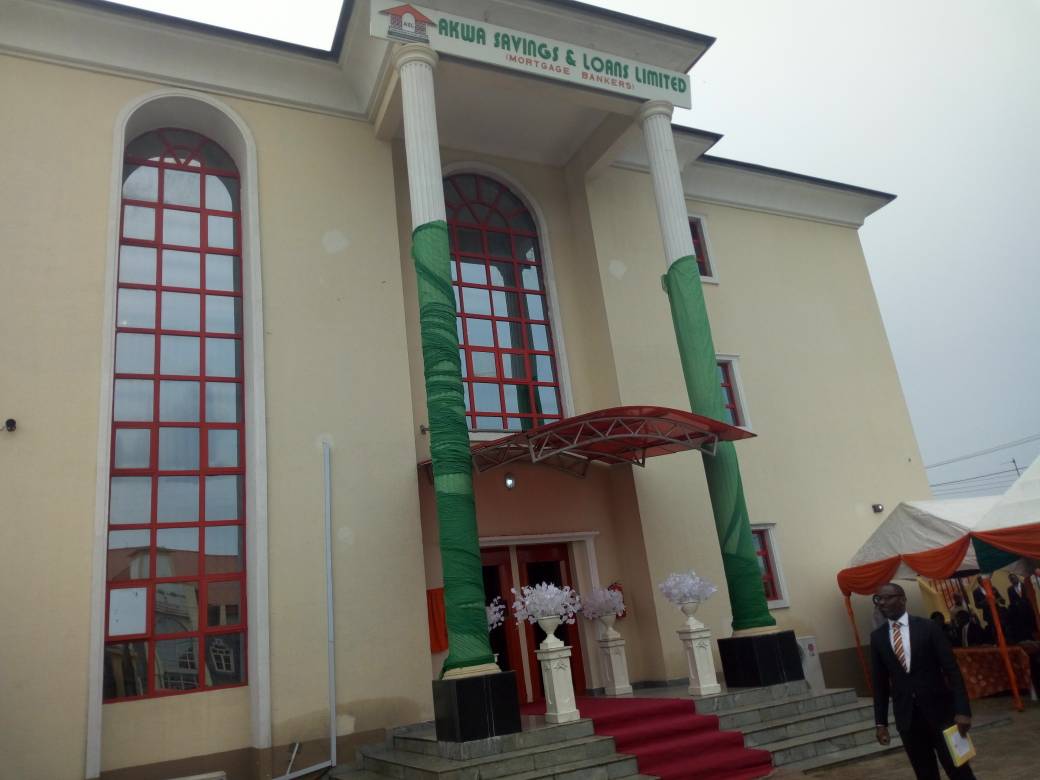 Gov Emmanuel who was represented by the Secretary to the State Government, Dr Emmanuel Ekuwem formally inaugurated the state of the arts new office building which has a large banking hall, offices, board rooms and other banking facilities.

In his welcome address, the chairman of the board of Akwa Savings and Loans Limited, Mr Uduak Ewitat said the bank has returned to the path of operational efficiency and profitability in due course.

“There is renewed customer confidence in the bank as demonstrated in increasing patronage as deposit generation has been boosted from n286million to n458 million as at December 2017. we have recorded more new accounts being opened and reactivation of dormant accounts are ongoing”.

” The aggressive stance towards delinquent debtors has translated into a marked improvement in loan recovery from 136 million naira to 298 million naira at the end of 2017″.

Ewitat announced that the operational system of the bank has been modernized with a robust it platform that has positioned the bank to deliver online real-time operational capabilities.

“it is anticipated that revenue/fees collection agencies like firs, akwa ibom internal revenue service, state owned universities and schools will utilize the services of the bank” he added

Be the first to comment on "In Uyo: Governor Emmanuel reaffirms commitment to recapitalization of akwa savings and loans limited"