To quell the incessant speculation that Ikot Abasi indigenes will cohesively turnout en-mass to ditch out votes for Obong Nsima Ekere, Managing Director of the Niger Delta Development Commission (NDDC), who happen to come from the area in the 2019 gubernatorial elections, political giants/ deciders from the area have dispelled such rumour to be baseless, saying with Udom they stand till 2023. 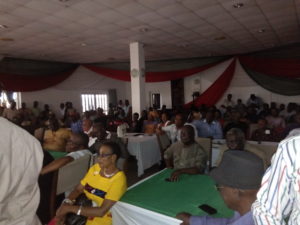 This was made known during a well attended Stakeholders meeting hosted by the Hon Commissioner for Agriculture and Food Sufficiency, Hon (Dr) Uduak Charles Udoinyang on the 30th of June, 2017 to brief the people and also thank them for their unwavering support for Gov Udom Emmanuel. 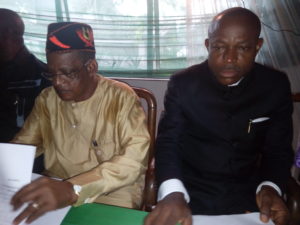 In an opening remark, Obong Obot Etukafia (the Chairman of the occasion) eulogized Governor Udom Emmanuel for appointing their son into his cabinet to serve as the Commissioner for Agriculture and Food Sufficiency – a very important and lucrative Ministry which has to do with food. 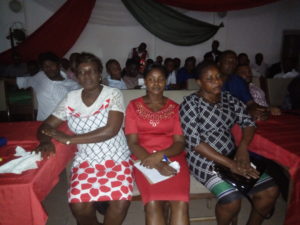 The Chairman thanked the Commissioner for deeming it fit to come home despite the short prevalence of time in office, to brief his people and also interact with them.

Dr Uduak Udoinyang while interacting with the Stakeholders stated the obvious need for them to continue to support the Governor beyond 2019, highlighting the numerous things Ikot Abasi has benefited from Gov Udom led administration. 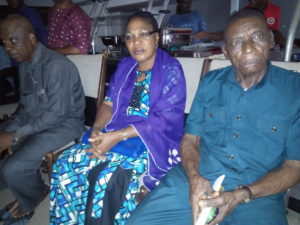 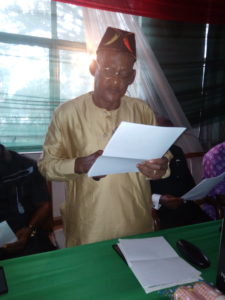 “His Excellency is also working toot and nail, meeting with forces at the centre to resuscitate Aluminum Smelter Company of Nigeria (ALSCON)”-the Commissioner stated. 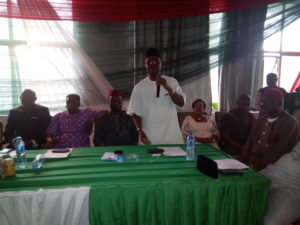 “The state has never witness such an unprecedented peace and security like we are enjoying now. Security has been a very serious issue in the country today and this is what Akwa Ibom is enjoying under Governor Udom Emmanuel”.

“Under Gov Udom Emmanuel, there is no ethnic clamouring and sentiments like we use to experience in the past. He has deem necessary to bring in the three past Governors (Otuekong Idongesit Nkanga, Obong Attah and Sen Godswill Akpabio), to unite together in order to move the state forward” and for such reason Udom don’t have a good substitute in 2019 – Barr Uwem Ekanem stated. 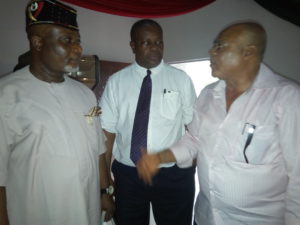 After many reactions from various Stakeholders, Barr Uwem Ekanem moved a motion to adopt Gov Udom Emmanuel as their soul candidate in 2019.

After the motion was duly moved, Hon Uyio Udosen seconded the motion while Justice Sylvester Umoh conducted the opinion poll and Mr Udom Emmanuel was unanimously adopted by over two hundred Stakeholders across all the wards that make up Ikot Abasi LG. 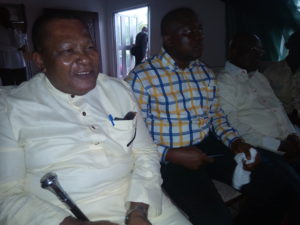