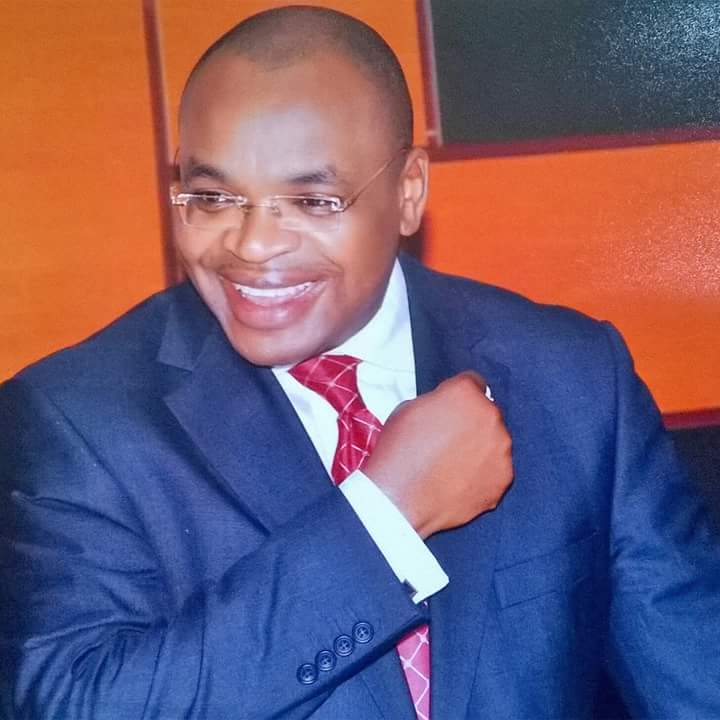 I have decided to write this piece so as to show us how lucky we are as a people to have Gov. Udom Emmanuel as Governor at this time were there is serious famine in Nigeria. Let me start by asking a question, “Assuming you used to have a job of #60,000 monthly salary., what would you do if your salary reduces from #60,000 to #5,000? Would you still maintain the ‘wage bill’ you had initially, with the #60,000 salary?

Gov. Udom Emmanuel is a genius who has mastered the art of economy / financial management. The excellent success story of Akwa Ibom under Gov. Udom Emmanuel has made other Nigerian Northern / southern state Governors to wonder “HOW DID HE DO IT”. Other state Governors who are owing over 4 to 5 months basic salaries in their states visit Akwa Ibom to get success tips on how Gov. Udom is successfully paying salaries despite the collapse of the Nigerian economy.

Gov. Udom Emmanuel has moved ahead with his lofty plans despite the economic recession in Nigeria. Aside regular, prompt payment of salaries to workers, Gov. Udom is expanding road infrastructure in the remote / rural areas in line with his 5 point agenda of Job creation, poverty alleviation, wealth creation, Economic and political inclusion, and infrastructural consolidation and expansion.

Despite the collapse of Nigeria’s economy, Gov. Udom has  payed 10 (TEN) YEARS PENSIONS AND GRATUITIES TO LOCAL GOVERNMENT EMPLOYMENT EMPLOYEES, Gov. Udom has created jobs / wealth through Akwa Ibom Employment and Enterprise Scheme (AKEES). The job creation target of AKEES is 100,000 jobs which are being done in batches of 10,000. Also very close to the heart of our Governor is the IBOM DEEP SEAPORT project which experts say will create over 100,000 jobs.

Gov. Udom is set to establish rice plantation which will employ 2000 Akwa Ibom people etc etc etc
Gov. Udom has assured Akwa Ibom people that together we will exceed expectations in 2017. 2017 is going to be an excellent year as we will see Akwa Ibom become a destination in the world. The entire African continent will come to Akwa Ibom.

Among the numerous Gaint Strides of Gov. UDOM are “the construction andcommissioning of the State Secretariat Annex; construction of underground drainage in Uyo; construction of a second Runway at Akwa Ibom International Airport;”
Rehabilitation of Peacock Paints in Etinan; On-going construction of over 250km of Roads; 17 Bridges and infrastructural upgrades across the State; commencement of the Cocoa Maintenance Scheme; Training of Youth in pruning and shedding; construction of over 300 inter-ministerial rural intervention projects covering schools and electricity in the 31 Local Government Areas; Payment of subventions for running of primary and secondary schools; Ground breaking for the construction of a 132/33KV and 1.30MvA transmission sub-stations to boost and improve electricity and power supply in the state; Rehabilitation of water supply in Uyo Urban Area;

Inauguration of Technical Committees on Foreign Direct Investment, Ibom Deep Seaport Project, and Agriculture and Food Sufficiency; ground breaking ceremonies of Automobile Assembly Plant at Itu, Low Energy Display Plant, Fertilizer Blending Plant and AIT Station; commencement of work at the electric metering manufacturing plant in Onna (with over 150 job opportunities); commencement of coconut plantation and refinery, cocoa plantation and rice production; youth development and empowerment which witnessed training in various fields of skill acquisition; over 100 youths on oracle certificate programme, over 200 youths on power sector, 100 youths in special agricultural application in Israel, 329 youths in photography and film production, some of our youths have gained employment through Akwa Ibom Enterprise and Employment Scheme (AKEES), “Dakkada” philosophy has been internalized by our people and a new attitude and a mind-set of success developed.

Today “Dakkada” has about 15,861 Ambassadors enlightening the people on the concept and benefits of partnering with Government. A key component of this is the Dakkada Business Forum (DBF) which provides entrepreneurial skills and economic linkages to our people and facilitates a 31-Dakkada Multi-purpose Cooperatives (DMC) in the 31 Local Government Areas.
We have also embarked on the payment of 10 years arrears of pensions and gratuities toLocal Government Employees; special intervention at St. Luke’s Hospital, Anua, Uyo, intervention work on the gulley erosion on Calabar -Itu Road; Dominic Utuk Street, Abak Independence Hall area and Anua etc., ensuring that salaries and wages of Akwa Ibom State Workers are paid promptly.

Also of great benefits to our people in this Administration is the pet project of our First Lady, Deaconess Martha Udom Emmanuel, The Family Empowerment and Youth Re-orientation Programme (FEYREP) has touched many lives and put smiles on the faces of our people again.”