Six major projects executed at the Obio Akpa Campus of Akwa Ibom State University by the state Government have been inaugurated by Governor Udom Emmanuel. 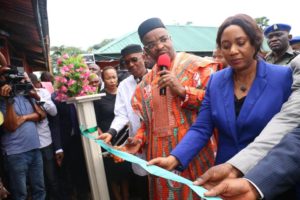 He said the agricultural projects inaugurated have justified the history of the campus as it used to be the state College of Agriculture, and thanked the school management for keying into his mission of diversification of the economy. 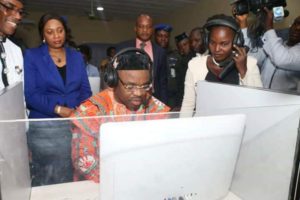 He commended the university for being a pacesetter in Agricultural development, asserting that the investment would sustain consumption within the local economy, the state and for become a viable income earner through export.

Governor Emmanuel charged students to eschew social vices such as drugs, cultism and other forms of distraction, advising them to make the best use of the opportunity to be focused on their studies and come out among the best in the world. 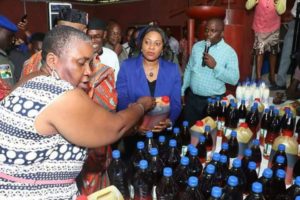 The State Chief Executive who said that the facilities his government is putting in place amount to vanity if the students fail to make good use of them.

“We want to create a whole lot of infrastructure in this campus, let these facilities not be in vain…It is left for God to carve out your destiny, it is left for you to determine whether you want God to realize your destiny or you desrtroy it,” the Governor asserted. 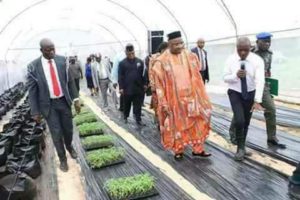 While commending the host communities of the university campus for their support to the peace and security in the institution, he said the successful operation of the institution has impacted directly and indirectly on both the social and economic life of the village.

He assured that with the expected improvement in the economy of the country in the next quarter of this year, the university will rank among the best in the country, and thanked all for joining him to flag –off the projects after barely two years in office.

Earlier, the Vice Chancellor, Prof Eno Ibanga thanked the Governor for providing the necessary facilities and infrastructure that have enhanced the accreditation of programmes in the school.

He said the commercial projects of the institution were in line with the Governor’s development agenda and that the projects can generate revenue in a larger quantity.

The investments in the agricultural projects, according to Prof Ibanga, will enhance food sufficiency and generate income for the university.

Be the first to comment on "GOV EMMANUEL INAUGURATES SIX PROJECTS IN STATE VARSITY, SUES FOR DEVT RESEARCHES:"