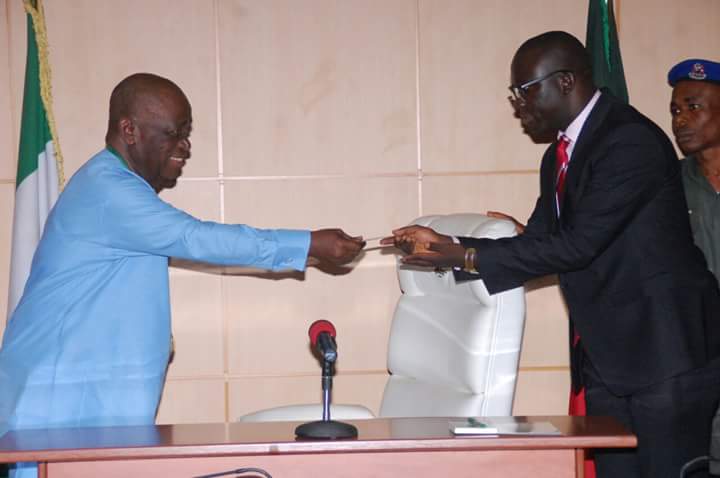 The Akwa Ibom State Deputy Governor, Mr Moses Ekpo, has been bestowed with the Copyright Medal of Honour Award by the Copyright Society of Nigeria (COSON).

Chairman of the society, Chief Tony Okoroji, who led other executives to present the award during a courtesy visit on Ekpo by the society at the Government House, Uyo, recently, said that the honour was in recognition of deputy governor’s contributions to the growth of the music industry, socio-economic cum-political environment and humanity. 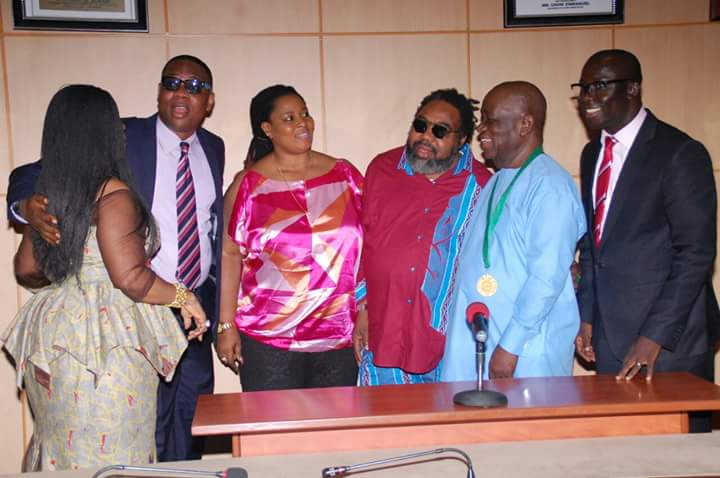 The renowned musicians whose visit was made possible by the special assistant to the governor on Entertainment, Mr David Sergeant, lauded Governor Emmanuel for his landmark achievements in the state.

Okoroji noted that as the first Director-General of the Nigerian Copyright Commission (NCC), the Deputy Governor conceptualised the registration of the society, defying all odds for them to reap the benefits of the industry. 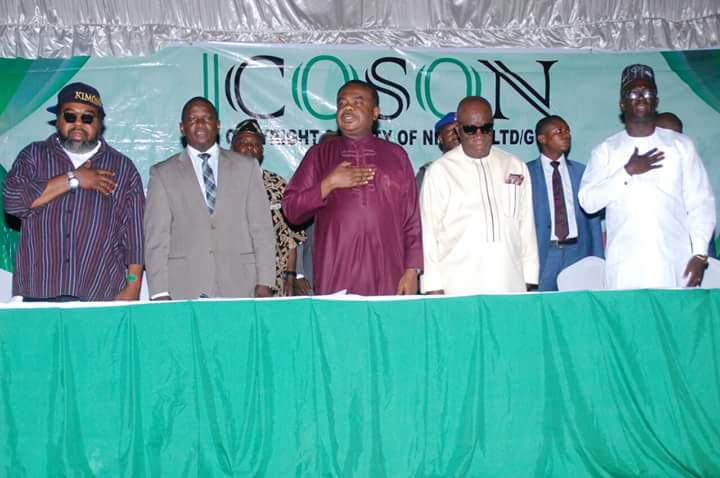 He added that as a consummate journalist and an administrator of repute, the honouree has made immeasurable impact in the media industry having served in numerous capacities as the pioneer commissioner for Information and Social Re-orientation in the state.

Okoroji stressed that the deputy governor deserves the best and that the society was conferring him with the greatest honour as the one who drove their vehicle for sustainable development of the industry.

The highlife music maestro commended Akwa Ibom people for realising the need to make the icon continue to contribute his ideas in moving the state and nation forward, adding that the society was proud of his achievements.

Receiving the Award, Mr Ekpo thanked the body for remembering his legacies for an honour, noting that artistes make the world to move in all ramifications and that he had been further emboldened to do more. 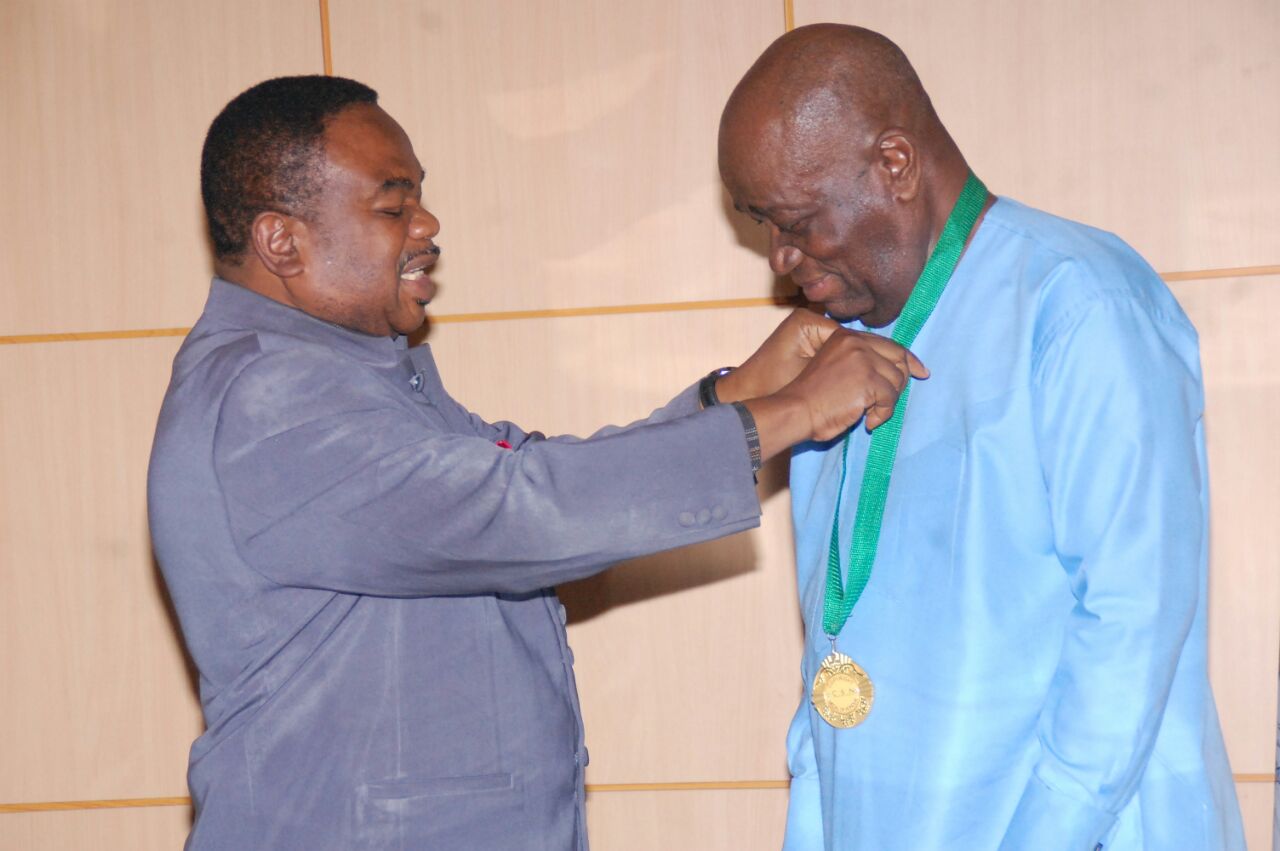 He recalled that in registering the society, stiff opposition was met but that the task was executed to the latter for the multiplier effects to be recorded today as artistes were now reaping the benefits of their investments.

Ekpo said music was a hidden treasure and a creativity which was subsisting as it was imbued with intellectual property that could never dry unlike crude oil.

He promised to continue giving useful advice to ensure that the rights of the society were not infringed upon enhance productivity.

The second citizen observed that the Udom Emmanuel-led administration was propagating the intellectual property for the citizens through the Dakkada philosophy which was aimed at the citizens to utilize their individual talents and potentials to develop themselves.

Ekpo pointed out that the state government was prepared to harness creativity and productivity as well as protect same for intellectual growth and expressed his desire to attend the society’s stakeholders meeting in Uyo.
Speaking separately, a popular reggae artiste, Ras Kimono, said the honouree turned around the fortunes of the society for them and upcoming stars to enjoy and that they were overwhelmed with gladness that the Ekpo’s light has continued to glow, and wished him a greater future.
Also speaking, Princess Anne Inyang of the popular ‘Akanam Nkwe’ fame, stated that before she was earning nothing from her musical works, but through the initiative of the deputy governor, she was always smiling to the bank to receive royalty from her releases.
In the visit were a highlife icon, Chief Emmanuel Ntia, a trado-juju artist, Aniekan Safro, and others.