-Assures them of Govt’s Support

The Honourable Commissioner for Information and Strategy, Mr. Charles Udoh, on Sunday met with all the chairmanship and councillorship aspirants in Uyo Local Government who failed PDP nomination with assurance that Governor Udom Emmanuel will not leave them behind in the scheme of things.
Speaking at his residence where he met with all the aspirants from Uyo Local Government who failed nomination, Mr. Charles Udoh urged them not to abandon their counterparts who succeeded, but support them to win at various polling units. 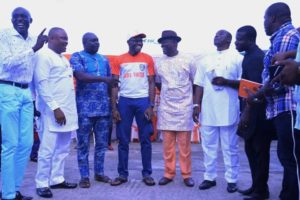 The Government Information manager revealed that Governor Udom Emmanuel will always do everything to carry everybody along in his leadership, while calling on them not to defect from the party.
Speaking with newsmen after the event, the Commissioner noted that he was duty bound to reintegrate the aspirants into the party after they failed nomination in the just concluded PDP nomination.

“In the process of election, there are bound to be winners and losers, but that doesn’t mean that losers should be cast aside. 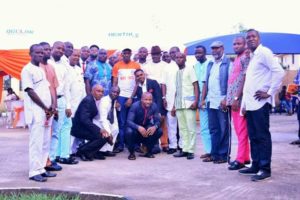 “That is why I am duty bound to call all the councillorship and chairmanship aspirants who failed nomination to tell them that we have a Governor who believes in political inclusion and that they have vital roles to play in the party.”

In his remark, the Uyo Local Government Chapter Chairman, Mr. Idongesit thanked Commissioner for calling all the aspirants for meeting, revealing that the party also has intention of calling all aspirants who failed nomination for meeting.
“If it is not good for today, the future will be good. No matter how your brother emerged the winner, join hands with him.

“Submit to the party, because no two persons can emerge winners of a particular office. Those who won shouldn’t exalt themselves above others.”

In his remark, the Chairmanship Aspirant, Ubokobong Benjamin commended the commissioner for organizing such meeting.

He averred that there is nothing like flawless politics.

“When I contested I knew I would either fail or win, and since I lost,I have called the winner and declared my support.”

Mr. Benjamin called on Uyo leaders who are in government not to sideline them, adding that in politics, nobody is insignificant and nobody is indispensable.
Also speaking , another Chairmanship aspirant, Mr.Etiene Ukpong, said though election is not all about fight, everybody should be carried along.
He urged all the aspirants who failed nomination not to leave the party.

In his words, another chairmanship aspirant, Mr.Okon Nsentib assured the commissioner that he would not leave the party.

Reacting, all the councillorship aspirants from the ten wards of Uyo Local Government, thanked the commissioner for being the first to look for them, adding that they would support the Governor while appealing that they should be appointed as supervisors in the council.