The Peoples Democratic Party (PDP) through their State Chairman, Obong Paul Ekpo receives some brand new vehicles and some Hilux from the hierarchy of the party to enable party faithfuls have a ease of movement in the course of discharging their official assignment. 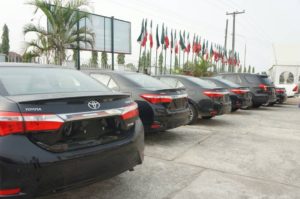 This magnanimity from the hierarchy of the party came as a result of the total commitment the party in Akwa Ibom State exhibited through their State Chairman and his Executive towards the development of the state. 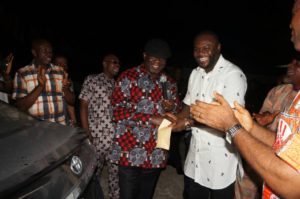 It could be recalled that few weeks ago the State Party chairman had received 31 buses to 31 chapter chairmen across the state in order to ease their movement when discharging their official functions. 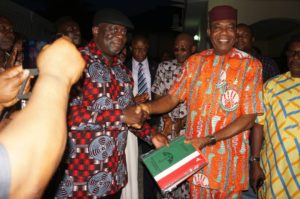 His Excellency ably represented by his Secretary, Dr Emmanuel Ekuwem thanked the PDP Chairman, Obong Paul Ekpo and his entire executives for their total commitment and for steering the wheel of party for the progress of the State without any rancor. 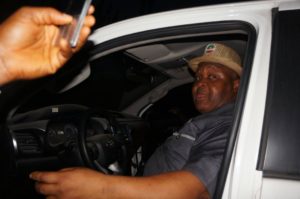 On behalf of the recipients of the vehicles, the State PDP chairman expressed gratitude to the governor for always keeping to the promise and pledged to do more in order to win in the up coming election.