… Attributes successes to grace and mercy.

Ahead of the 2023 general elections, the Akwa Ibom State Governorship Candidate of the People’s Democratic Party (PDP), Pastor Umo Eno has received his certificate of return to fly the party’s flag.

Speaking with newsmen shortly after the exercise at the PDP National Secretariat, Wadata Plaza, Abuja, Pastor Eno said, “the journey has this far been successful because the battle belongs to God who is a man of war and Jehovah is His Name.”

He noted that most of +the recent political happenings around the state and country generally, are beyond human comprehension, adding that when God is involved in a project, He causes the moon and the sun to stand still as in the days of Joshua.

While responding to a question on his vision for the state when elected into office, he noted that his blueprint tagged”the ARISE agenda” is a select combination of five focus areas put together to further the development strides of Governor Udom Emmanuel-led administration.

He maintained that his administration among other areas, will embark on agricultural revolution, rural development, women and youth empowerment, Infrastructural maintenance and advancement, tourism development, security management, sound education and health sector management, as well as economic/industrial advancement and wealth creation.

The guber candidate commended Governor Udom Emmanuel and wife, the party leadership, religious leaders and congregations, youths, all support groups led by the Maintain Peace Movement (MPM), and the entire Akwa Ibom people for their support which he said has been his major source of strength.

Waving an olive branch, he called on all party members who are aggrieved for one reason or the other, especially those who had aspired for the same office to sheath their swords and embrace the reconciliation window offered by the party, stressing that while there can only be one governor in the state per time, the government is for all Akwa Ibom people.

Pastor Eno who has repeatedly described himself as a product of grace and mercy, expressed confidence that same grace which has seen him through the primaries, will also see him succeed at the election and even beyond the inauguration in May 2023. 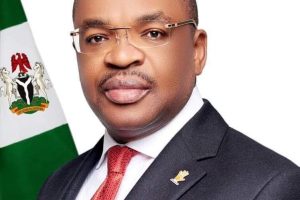 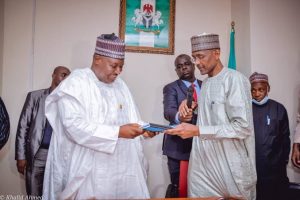