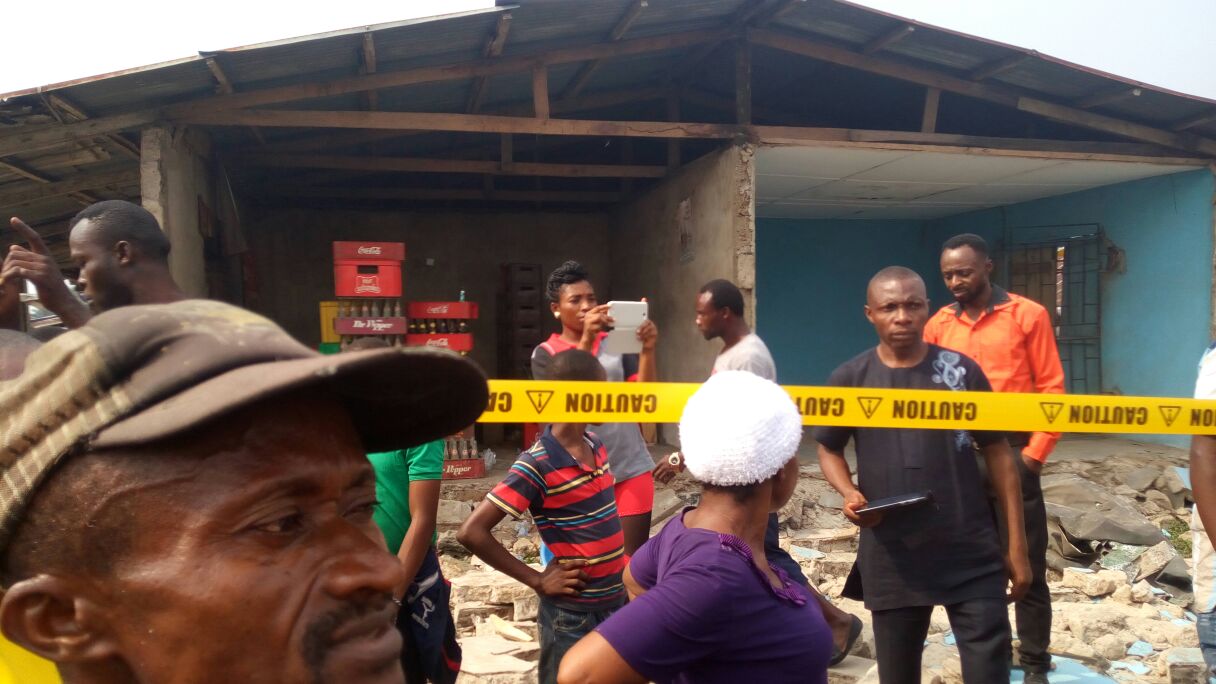 The Transition Chairman of Onna Local Government, Dr Joshua Ndoho has described as false and malicious the media hype that scores of people had died in the minor collapse of a section of the market Hall..

He said that he had since inspected the site of the market and only 6 persons sustain a minor injuries and has since been treated.

“People should stop spreading news that are far from truth else we may be wishing others death”.

Also at the scene of the collapse was the Commissioner for works, Akparawa Ephraim Inyang Eyen who promptly rush down to see the damage done but thanks to God because it’s not as worst as speculated.