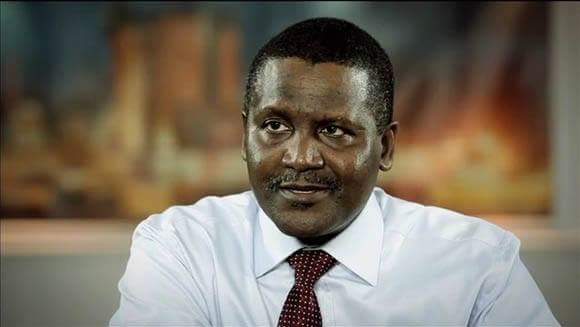 Saharareporters has obtained further details about the monumental scandal around billions of naira in Paris Club loan refunds that were brazenly stolen by state governors, Senate President Bukola Saraki, and Nigerian businessman Hassan Dambaba, who also holds the traditional title of Magaji Ngari Sokoto. Mr. Dambaba apparently embezzled as much as N2.5 billion from the Paris/London Club refunds.

Yesterday, Mr. Dambaba surrendered himself for interrogation by agents of the Economic and Financial Crimes Commission (EFCC). He was accompanied by a director of the Department of State Services (DSS). A source said Mr. Dambaba was acting as a front for Governor Abdulraziz Yariof Zamfara State who is also the chairman of the Governors’ Forum.

Speaking anonymously with Saharareporters, an EFCC investigator disclosed that the slush fund, which was approved by President Muhammadu Buhari before he traveled to London on a prolonged medical vacation, came from a payment made by one of the state-owned oil companies at NNPC.

The funds were then used to repay states that claimed the Federal Government had over-deducted Paris Club repayments from their monthly allocations over the years.

However, instead of using the money for paying workers salaries, some top shots of the ruling All Progressive Congress (APC) decided to convert it into slush fund that would be used ostensibly to refund some of the party’s original funders.

Apart from state governors who individually pocketed as much as N400m in some cases, Senate President Bukola Saraki grabbed for himself at least N3.5 billion. One investigator told our correspondent that the senator converted his haul into dollars and may have laundered the funds through Dubai and Germany.

A senior EFCC agent disclosed that anti-corruption officials were on the verge of arresting Mr. Saraki and his accomplice, a former MD of his late father’s bank, Robert Mbonu. The source said EFCC operatives paused when they were told to wait until President Buhari returns from his vacation on February 6. The President has yet to return.

SaharaReporters learned that Mr. Saraki also colluded with the Governors’ Forum to send N5 billion out of the funds to multi-billionaire businessman, Aliko Dangote. Our source said where the Central Bank Governor, Godwin Emefiele, had assisted the Governors’ Forum to have access to the funds.
An EFCC agent said Mr. Dangote refunded the money as soon as he spotted the deposit, claiming that he never requested from anyone to deposit funds in his account.However, a source who initially alerted us to the scandal said that Mr. Dangote only rejected the money because of the formal nature of the transaction. He said Mr. Dangote was alarmed when he was told that the deposit was supposed to be a refund for his funding of the election of President Buhari.

Mr. Dangote reportedly declared that, since he did not transfer funds to the APC via a bank transfer, it would be questionable if he got money through a bank transfer that was declared a refund.When our reporter contacted Mr. Dangote, he denied that the transaction took place.