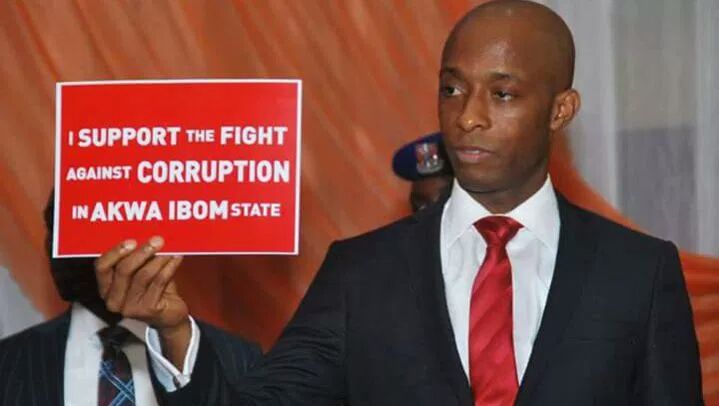 In its avowed commitment and in line with the drive of the Federal Government towards the fight against corruption, the Akwa Ibom State House of Assembly has recovered N37.8m from some corrupt workers in the Civil Service.

This was made known by the Chairman, Committee on Public Account of the House, Comrade Friday Iwok during the presentation of audited account of the State ending 31st December 2015.

The lawmaker informed the Speaker and members that some of the affected staff have been recommended for sanction adding that the Committee will follow up to ensure that the affected face the law.

According to him, Comrade Iwok recommended that appropriate sanctions should be put in place to ensure that Ministries and Agencies to comply with financial regulations, and sought for the accountant general to stop the issuance of treasury receipts in arrears to Ministries who fail to comply with the audit queries sent to them.

He also advised that the office of the Head of Service adopts relevant sections of financial regulations and civil service rules to punish those who default in audit queries sent to them. He thanked the Speaker and staff for their support during the process.

After considering the report in the Committee of the whole, the Speaker, Barr Onofiok Luke thanked members of the Public Account Committee for their commitment and the transparent manner they handled the numerous queries and for performing their duties within the law and financial regulations.
He also commended the State governor Mr. Udom Emmanuel for managing the resources of the State prudently.

The motion to ratify the report was moved by the Leader, Sir Udo Kierian and was seconded by the Deputy Leader, Mr. Aniekan Bassey. The House was adjourned to 21st February.