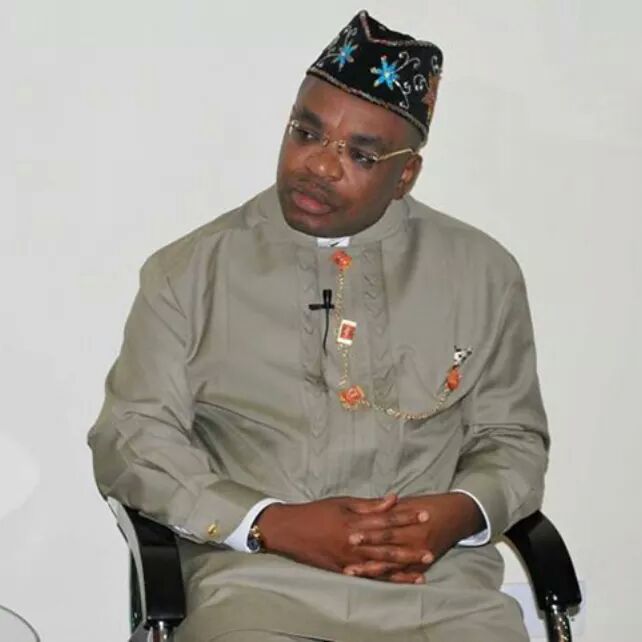 We wish to unequivocally state here that the statement is totally false – a manufactured lie sponsored by certain political entities within Akwa Ibom state political space that are yet to come to terms with the fact that the 2015 gubernatorial elections is a settled affair.

The false statement, an obviously hack job by Sahara Reporters is taken straight out of the talking points of the opposition elements in Akwa Ibom State who remain aggrieved that the people rejected them at the polls and the judiciary- a major institution thathas helped deepen our democracy sided with the wishes of the people as expressed overwhelmingly on April 11, 2015.

Sahara Reporters has been on an expedition mission to malign and publish false stories about Akwa Ibom State Government since the inauguration of this current administration. It has shown itself as a willing tool – a platform to peddle lies, falsehood and logically inane fabrication against key leaders of the state and its institutions.

It bears repeating here that Akwa Ibom State people voted overwhelmingly for Governor Udom Emmanuel on April 11, 2015 and the evidence of the massive victory was evident before the revered and learned justices of the Supreme Court- who affirmed the victory.

Today, the good people of Akwa Ibom state are happy and lucky that they made the right choice given the manner Governor Udom Emmanuel has deployed his skills and talents as an astute administrator and financial services expert to manage the affairs of the state during this challenging economic climate we are currently experiencing.

The Governor of Akwa Ibom State, His Excellency, Mr. Udom Emmanuel will not be distracted by the politically motivated expedition mission sponsored by the opposition and its media enabler-The Sahara Reportersfrom fulfilling his campaign promises to the good people of Akwa Ibom State. Akwa Ibom is rising from glory to glory no matter the machinations of the naysayers and the antics of the opposition.

For the avoidance of doubt and the benefit of the discerning members of the public, we wish to state most categorically, and without any fear of contradiction, that the judgement of the Supreme Court of Nigeria in the Akwa Ibom State Governorship Election Petition matter was based on well-established precedence in Electoral Juris prudence.  Some of the precedence relied upon by the court date back to the early 60s. Sahara Reporters would do well to get her team of lawyers to critically study the Supreme Court Judgments in the Akwa Ibom State Governorship case comparing it with previous judgements on similar issues.  This may avail them enough details without having to rely on   information passed to them by jaundiced and politically motivated elements.

Our lawyers will, in the meantime, be contacting Sahara Reporters over this clearly libellous post.

Attorney General and Commissioner for Justice