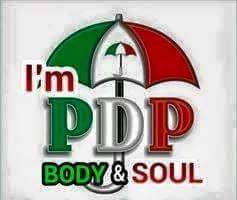 Politics is an elitist game and as well as a game of numbers. One can be fool all the time but everyone can not be fool at all times. Why do our strong men continue to defect?

All may be seems alright but I want to draw up the attention of the Leadership of the PDP that all is not well Akwa Ibom State. Senator Nelson Effiong decamped weeks ago to the ruling party APC and we all laugh about it while some media handlers throw mud at him by calling him all sort of names and today it’s Rt Hon Emmanuel Ukoette..

Sentiments and propaganda don’t win election neither do it strengthen the existing political structure hence the Leadership of the party should come back to their drawing board and start consulting widely not necessarily neglecting the fact that every political leader in their respective domain has followers and their followers may likely to join them.

The Leadership Crisis between the Makarfi led faction and the Sheriff faction at the National level is yet to be resolved and we can’t afford to treat it as though it doesn’t matter. Our party PDP at the moment needs to put everything in place knowing that APC is ready to implore all their antics  so they can get Akwa Ibom though it not that easy..

How many more will defect to APC and we’re are still watching?

When will the reconciliating Committee of our dear party PDP be set up to address issues?

When will our Political office holders understand that election are not won in Government House neither is it won with heavy security operatives but are won in Political units and therefore must be seen as a necessity to get to the grassroots from time to time to discuss issues out with the people.

This is not the time to attack anyone nor any personality but the time for the PDP family to put their house in order by consulting widely. The Political elites/elders should not be left out, women and youth across board are very important at this time. If we sincerely want the Governor to win 2019 with ease then we must start telling the Governor the truth rather than propaganda and lies.

In the word of His Excellency the Governor, Mr Udom Emmanuel said few days ago “our own Party the PDP  shall emerge stronger at the end of the day”. I believe in Governor so much.  It was a good assertion but we have much work to do to actualise the vision..
PDP must takeover everywhere in 2019..
Abasiubong Tom is a blogger, analyst and a social commentator.

Be the first to comment on "PDP: HOW MANY MORE WILL DEFECT? "