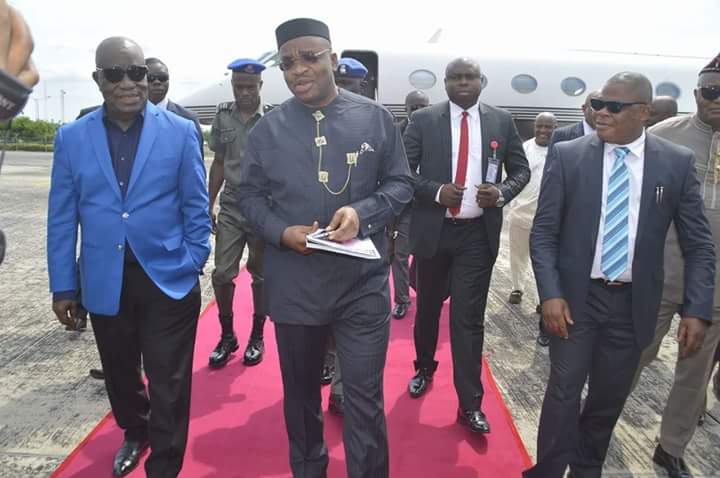 Governor Udom Emmanuel assured that all those with genuine appointment letters on the recruitment of Teachers done by the previous government but put on hold by his government should not worry as they would be absolved.

He said the syndicate which had been printing fake certificates and such appointment letters has been cracked.
He called on the state exco of the Party and Chapter leaders to create a data bank for Party members so that when occasion demands and opportunities come up at the all levels the State and local government quota can be promptly filled.
He was pleased with the Party faithful for turning out en_mass and prayed God to keep the PDP, Akwa Ibom people and the government.

For the Christmas he donated generously bags of rice and cows for the Party faithful.

Be the first to comment on "ON TEACHER’S RECRUITMENT CHALLENGES; THOSE WITH GENUINE APPOINTMENT LETTERS TO BE RECRUITED SPONSORS.. Gov Udom Emmanuel "