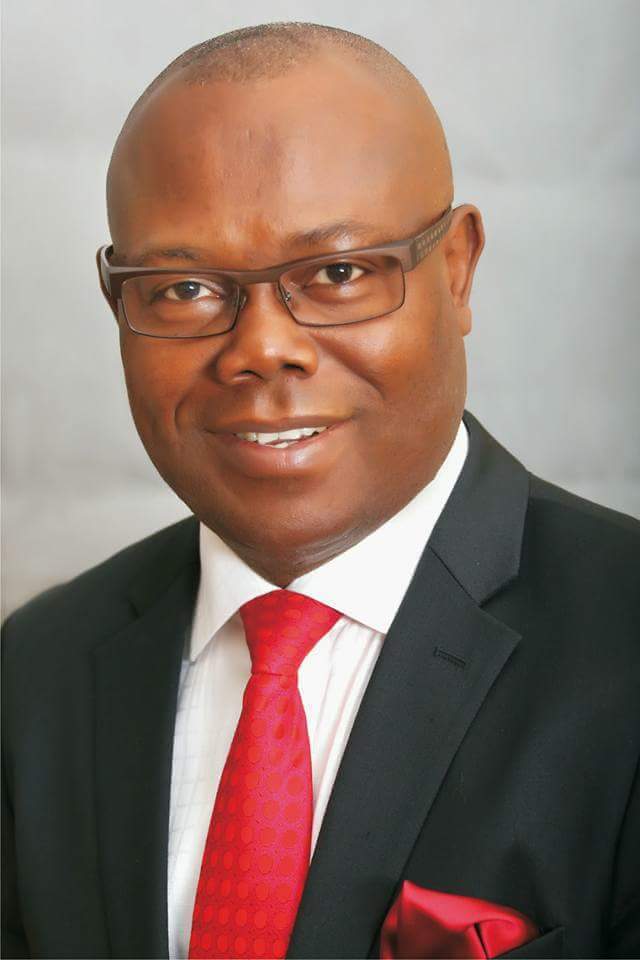 “I suppose leadership at one time meant muscles, but today it means getting along with people” – Mahatma Gandhi.

I decided today to put a few words together to praise this man ,am not always interested in singing praises of a Government official or those at the corridor of power, because the ancient Roman Empire did not collapse only because it was too big for the Emperor to Administer,but largely because the people were busy praising the Emperor while the Empire was on fire.

But today am caught in the act of singing the praises of the Hon Commissioner for Housing and Special Duties in Akwa Ibom State,a Former Commissioner for Finance,Economic Development,a proud son Itu Local Government, a leader, Mr Akan Okon ,because I have a reason to.

People have different reasons for sing praises of a Government official,some because they are a beneficiary of his or her goodwill,while others may do it to gain favour,but in my own case,is truly from how I feel and my assessment of this man. John C. Maxwell said “a Leader is one who knows the way, goes the way, and shows the way.

Mr Akan Okon is true leader,a father,a Commissioner among Commissioners,a man who is not just a Political appointee,but a quintessential,a humble and focus servant to the Governor of Akwa Ibom State,who is working hard to ensure that the Government gets it right in the area of Housing and Special Duties. Taking a brief look at the intimidating profile of Mr Akan Okon,and it beats my imagination how he could still remain this humble,a politician,financial expert, Commissioner, second to none.

Born on October 1, 1965,Mr Akan Okon studied in the University of Calabar, Cross River State, where he obtained first degree in Business Administration in 1987. He holds a Master’s degree in Business from the University of Lagos (UNILAG), and attended several courses in the United Kingdom, United Arab Emirates (UAE) and other countries. he joined the Central Bank of Nigeria (CBN) and held several positions in the bank, some of which were assistant manager, International Remittance Office (IRO), senior supervisor, Investment Office (Foreign Operations Dept) and senior supervisor, Banking Office.

He was at the First Inland Bank Plc, where he served as area executive, South South. His job responsibility here was to supervise all the branches of the bank in Akwa Ibom, Cross River, Rivers and Delta States.

On January 7th, I came up with an article, Mr AKAN OKON: TIME TO RETURN HOME, which I expressed my feelings about some issues I felt should be on the know, some said it was an open letter, some termed paid write up,controversial and all that,while some applauded my little stand on issues, as regard Itu Local Government. Steve Jobs said “Be a yardstick of quality,Some people aren’t used to an environment where excellence is expected. Some people reacted to that article in different ways,but it served it purpose of sending a message across,and truth being told.

In Akwa Ibom State for instance, politicians are so used to the act of praise singing, that is why if somebody writes about the Government or a Government official to constructively criticize their role or performance in a certain area of concern,you will be seen as not supporting the system,and that is a bad thinking.

In every Government,the are image managers who are on payroll to manage the image of the Government and it officials, which is clearly their schedule,so everybody can not praise the Government or it officials at the same time, but when necessary,one should speak out,because in one way or other,we are supporting the Government to deliver dividend of Democracy to the people.

After that article went out to the public space,I received phone calls,messages from people ,on what my intentions were,but I refused joining issues,because some never even took time to read well on what I wrote,to get my point. Unlike some Akwa Ibom politicians and their I don’t care attitude, Mr Akan Okon who is said to have assisted so many people in this state,even those who are not natives of Akwa Ibom,at one point or other to actualize their dreams,would have asked a few people to either go online or organized a group rally to sing his praises ,for people to see how he has helped people over the years,as against my question of his leadership role in Itu as a Local Government ,but he did not.

Instead he took a second look at the point I raised, and decided to start a process which I know God will help him actualize in Itu Local Government,because the problem in Itu,is beyond him,as an individual. Two weeks after ,On 23rd January, while I was in far away town outside Akwa ibom, I was informed that the Hon commissioner was in Itu Local Goverment to empower some people on skill acquisition,training and all that,this gave me an inner joy,and I said to myself, I LOVE THIS MAN, and it is a fact that so many benefited from that programme.

Then some people started calling me to say that my article is yielding fruit,but I replied that it is the article I wrote about Mr Akan that made him to throw his weight behind the skill acquisition programme and others,but the fact that he is A TRUE LEADER,because a true leader is a listening leader,and has the interest of the people at heart.

To Chris Hadfield, Ultimately leadership is not about glorious crowning acts,It’s about keeping your team focused on a goal and motivated to do their best to achieve it, especially when the stakes are high and the consequences really matter, It is about laying the groundwork for others’ success, and then standing back and letting them shine.

To this end,I can say that Mr Akan Okon, the Hon Commissioner for Housing and Special Duties in Akwa Ibom State,is a True Leader and I love his kind of personality.

Be the first to comment on "MY LOVE FOR MR AKAN OKON: A TRUE AND COMPARISONATE LEADER – GLORIA EKONG "