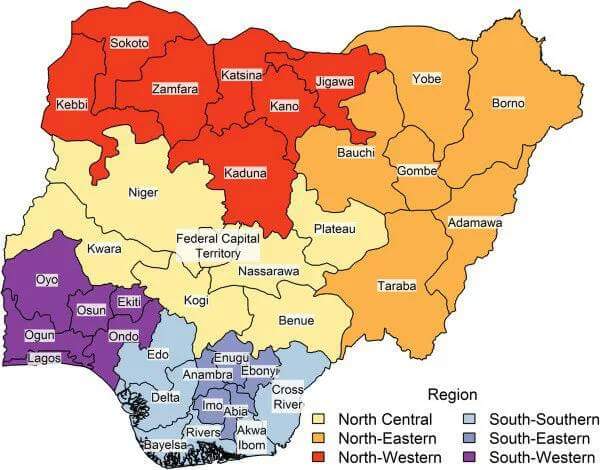 When traveling in January, Gen Muhammadu Buhari PERSONALLY transmitted a letter to the National Assembly, notifying them of a SPECIFIC TEN DAYS VACATION, which ended on February 6, 2017. This letter was duly read and became part and parcel of the Votes and Proceedings of the National Assembly.

The president did not return on February 6 as he promised but he has purportedly taken an extended vacation, on ground of ill health, through a letter they was said to have been transmitted to the National Assembly. That “letter” has not been seen by anyone, in order to determine its authenticity and its real author.

The “letter” has not been READ ON THE FLOORS of either Chambers of the National Assembly, to make it part of its Votes and Proceedings. In effect, the legal capacity of Professor Yemi Osinbajo, SAN, ends midnight February 6, 2017.

Somehow, as if acting out a clever script, the Senate had hurriedly adjourned it sitting to February 24, ever before the “letter” for an extended vacation arrived. So legally, the “letter” is cooling somewhere in the National Assembly, just another letter, without any force of law. A letter transmitted to the National Assembly MUST BE READ at the plenary session to become binding.

So, by February 7, 2017, there will be no President or Acting President.

Prof Yemi Osinbajo, SAN, is from the Southern part of Nigeria.MISSING CHIEF JUSTICE

“(5) Except on the recommendation of the National Judicial Council, an appointment pursuant to the provisions of subsection (4) of this section shall cease to have effect after the expiration of three months from the date of such appointment, and the President shall not re-appointment a person whose appointment has lapsed.”

Until he traveled for his ten day vacation, the President did not forward the nomination of Hon Jus Walter Onnoghen to the Senate, for confirmation as substantive Chief Justice of Nigeria. Up until the time that the tenure of the Acting President will expire this night, he did not forward the name and so he cannot do so after tonight.

The tenure of the Acting CJN will lapse on February 10, 2017. As of this night, the NJC has not met to consider recommending Hon Jus Onnoghen for renewal as Acting CJN. The NJC cannot do this after February 6, 2017, as there will be no President or Acting President, to receive such recommendation.

Hon Jus Onnoghen is from the Southern part of Nigeria.

The President of the Senate is facing multiple trials, bordering on failure to declare his assets. If he is convicted, he would have to step down as Senate President.

1. So where are we?2. Has the Nigerian nation failed?3. Are we being tricked or taken for a ride by some people?4. How come the sudden adjournment of the Senate?5. Was somebody aware prior to today that the president will not arrive today?6. Is this all a game? If so, who are the players and who are the spectators?7. Who singed the letter for extended vacation?8. In the absence of a substantive Chief Justice of Nigeria, what is the fate of the judiciary?9. Who is that in charge of the affairs in Nigeria presently?10. Must we all sit down and tolerate all these nonsense?You may add your own questions and keep adding them until we get the answers

Be the first to comment on "IS NIGERIA NOW A FAIL STATE? "