-Police go after another soldier

Suspected kidnap kingpin Chukwudumeje George Onwuamadike (aka Evans) has confessed that the gunshot scar on his shoulder came from the injury he sustained during a 2006 bank robbery in Lagos.

This is contrary to his earlier claim that he got the injury during a fracas following a drug business in South Africa in 2007.

Evans, who was confronted with a newspaper interview that indicated the scar was as a result of a gun duel between him and his gang members at the National Theatre in Surulere, Lagos Mainland, admitted that he lied earlier.

According to the suspect, he and his gang members robbed a bank in 2006. While sharing the loot, there was a disagreement, which led to a fight.

He admitted that they started shooting themselves, adding that many of the robbers died. He was seriously injured and abandoned by the others.

The kingpin also admitted that he was arrested by the police, adding that he and two others were transferred to the Imo State Police Command, where they were released.

The officer in charge of the Inspector General of Police’ (IGP) Intelligence Response Team (IRT), Abba Kyari, an Assistant Commissioner of Police (ACP), said: “Evans was confronted with the interview on Sunday and he admitted that the bullet wounds are from disagreement over sharing of loot after bank robbery in Lagos in 2006. They shot one another and many gang members died while Evans survived with bullet wounds.”

A Superintendent of Police with the Band section of the Police College in Lagos, simply identified as Tina, reportedly sought to get the case being put together against Evans after the bank robbery dropped. Her attempt was rebuffed.

She reportedly travelled to Owerri from where a report was sent requesting the transfer of Evans to the command because of another case he was involved in, which they claimed was under investigation.

The kingpin was quietly released inOwerri. Tina is believed to be related to Evans’ mother.

The Nation gathered that the police were out to fish out all those who participated in the 2006 release of Evans and two of his gang members. They are to be prosecuted.

It was also learnt that the police have begun a manhunt for another soldier said to be a member of Evans’ gang.

The soldier whose identity is yet to be revealed, it was gathered, was attached to one of the Army formations in Lagos.

A source said the police had the soldier’s names and pictures, adding that they would leave no stone unturned in arresting him.

“He should have been arrested on Saturday night but we believe he might have gone into hiding after his colleague, Victor Chukwunonso, was caught. That was why the police high command did not want to release information on the arrest of Chukwunonso because there are so many others being investigated.

“But I know he would be caught. Our bosses will simply approach army authorities with evidence and request that he be handed over to the police.

“It is true that they have started looking for that Tina woman and many other officers who were serving at the Imo State Command at that time that Evans was released. So many heads will roll in this matter.” 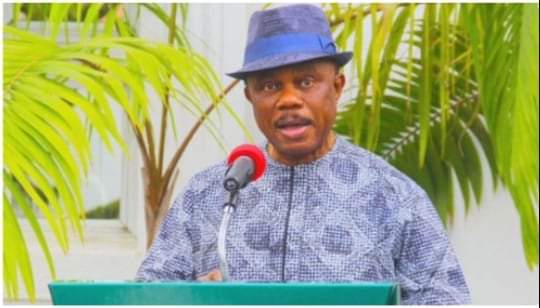