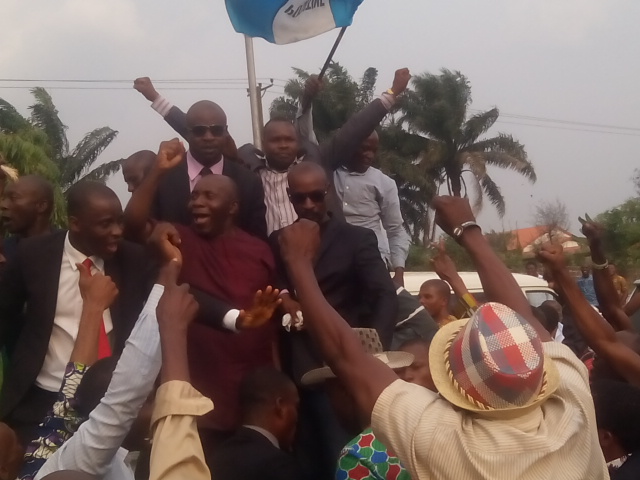 In what looks like a mile drama today the 10th of March 2017 at about 5:30pm, some furious and angry  supporter of Senator Akpan James Udoedehe in their numbers on arrival from the airport defile a heavy security operatives who were on guard storm into the APC Party house located along Atiku Abubakar and break into the Party house that was key and lock… 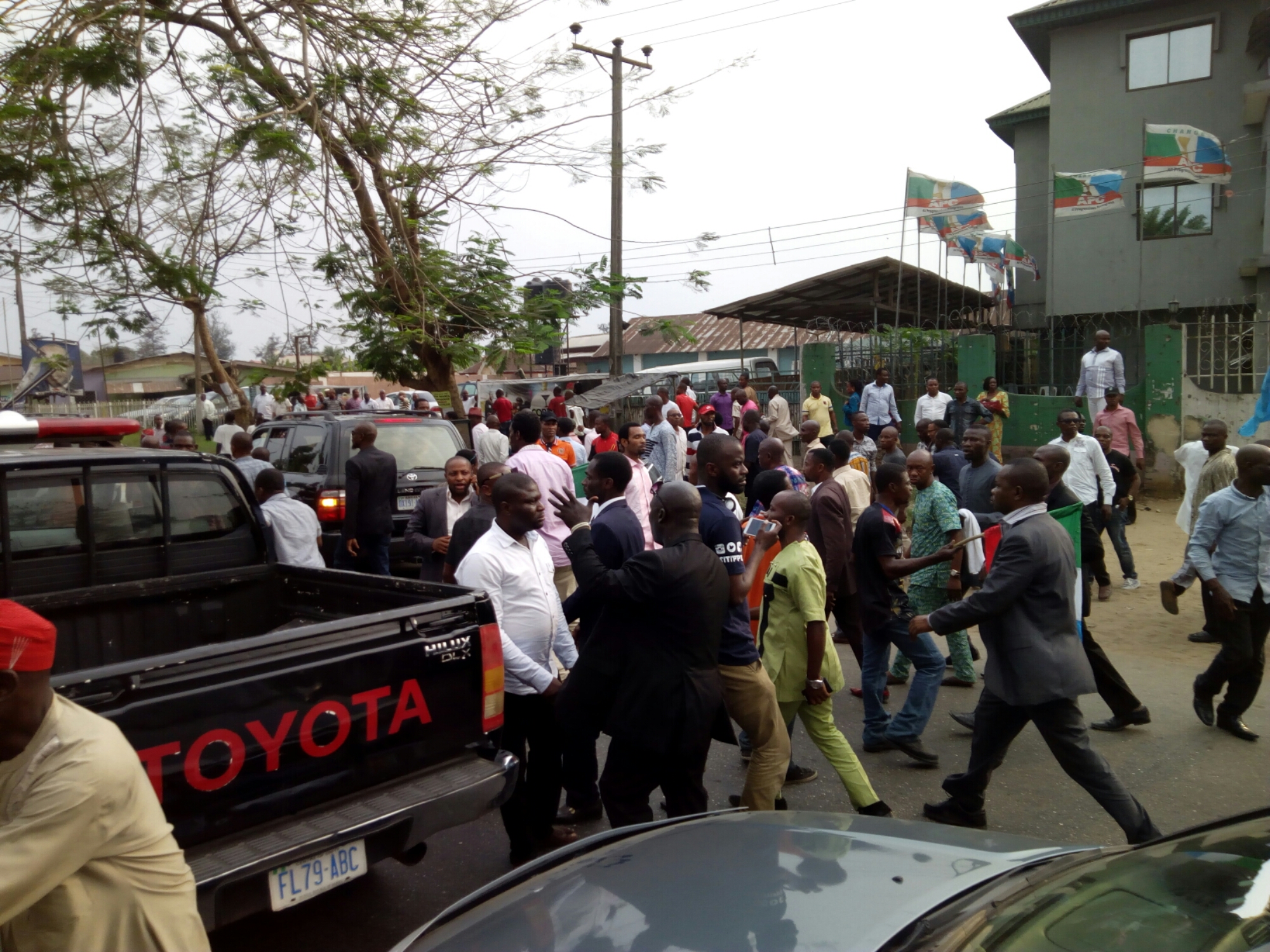 The angry mob were chanting Udoedehe Oyoyo! “where is Nsima Ekere and Umana Umana?  Where are the criminal..” 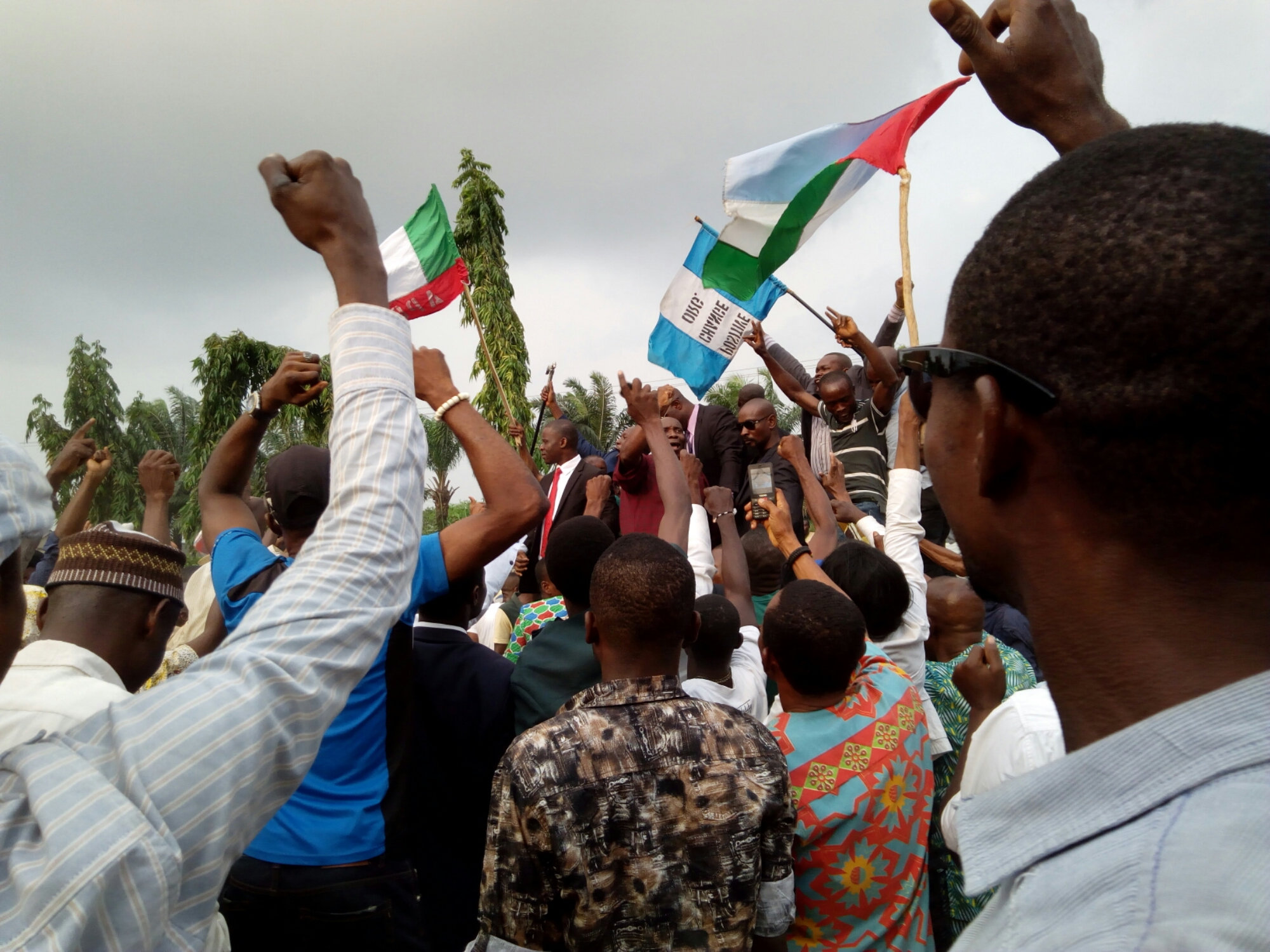