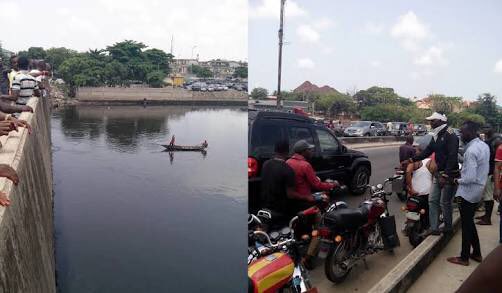 An unidentified man on Saturday morning jumped into a canal in the Festac area of Lagos State.

The incident drew many residents and passers-by to thescene as rescue workers tried to save him from drowning.

An eyewitness told SUNDAY PUNCH that the reason for the man’s action was unclear as he moved close to the Festac Link Bridge and dived in.

The eyewitness said, “Many local divers tried to save him.’’

It was not certain if his body was recovered as of the time of filing this report.

When contacted, the spokesperson for the police in Lagos, ASP Olarinde Famous-Cole, said the commandgot a report of the incident.
He said, “I think it was a case of a man who fell into a canal. We are still trying to get more information on it.’’

He could not immediately confirm if the man was saved.