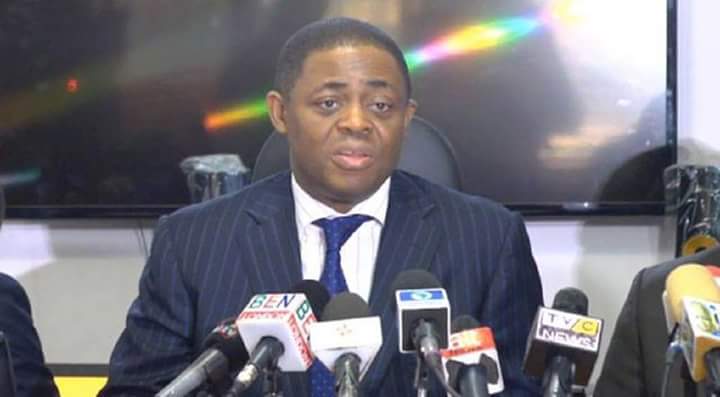 The embattled opposition Peoples Democratic Party (PDP) under the leadership of Senator Makarfi has suffered another major setback over the rulings of the Court of Appeal seated in Rivers State, that affirmed the Chairmanship of Alhaji Ali Modu Sheriff and declared the Caretaker Committee Leadership under Senator Ahmed Makarfi Illegal.

Chief Femi Fani Kayode In a swift reaction via his Twitter Handle @RealFFK, declared his readiness to exit PDP if Sheriff remains the party Chairman and canvasses for a new mega party that can bring members of his faction of PDP together in a bid to rescue the country from turning into a one party state and imminent collapse.

The court decision has further aggravated the tension in the party with high level of uncertainty, Just few days ago, six lawmakers elected under the platform of PDP defected to APC on the floor of Lagos State House of Assembly citing the conflict in the party, attitude of leaders of the party as part of their reasons of defection. In the same vein, members of Ondo State House of Assembly maybe considering defecting to APC in droves since PDP is no longer in power in the state.

Majority of PDP members and supporters loyal to Makarfi faction across Nigeria are in a total state of confusion as many of them are not likely to stay in the party under Ali Modu Sheriff leadership.

PDP Members are knocking Governor Fayose of Ekiti and Wike of Rivers for introducing and foisting Ali Modu Sheriff on the party which is now putting a final nail on the coffin of the once respected biggest political party in Africa, if cares are not taking, PDP will join the status of party like the Alliance for Democracy (AD) who is now defunct.

Be the first to comment on "BREAKING: CHIEF FEMI FANI KAYODE @ REALFFK LEAVE PDP AS A WAVES OF DEFECTION HITS THE PARTY OVER SHERIFF’S CHAIRMANSHIP"