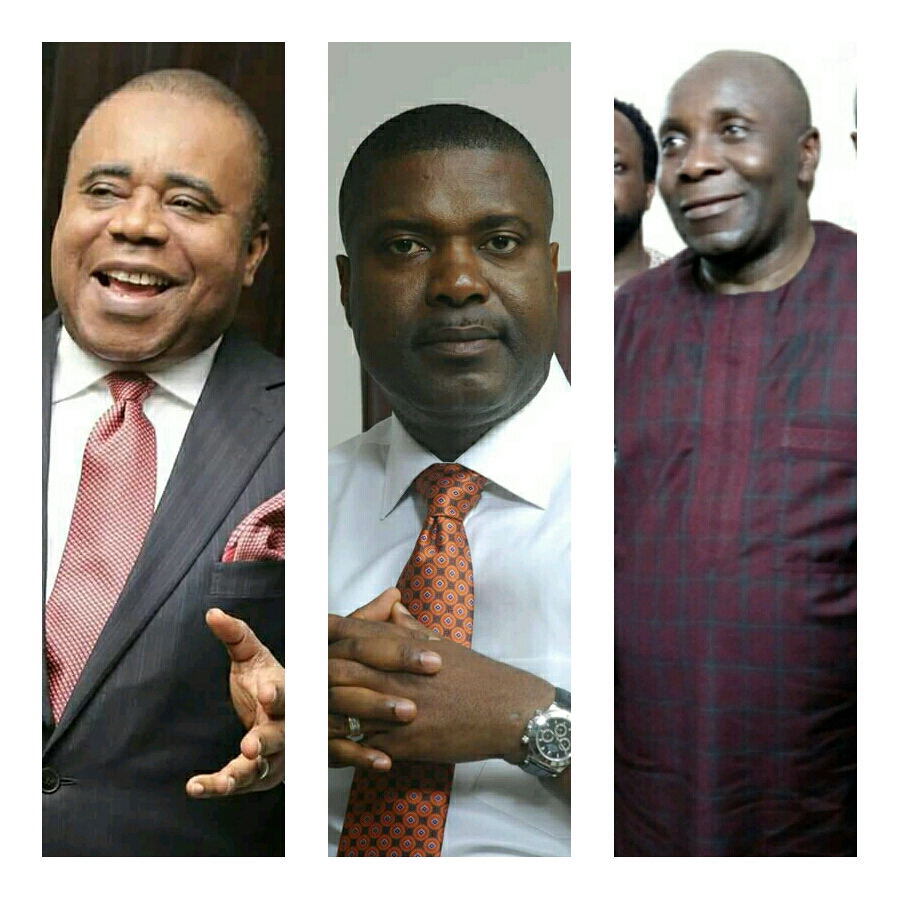 UMANA, NSIMA & UDOEDEHE IN LEADERSHIP TUSSLE OF THE PARTY

It is becoming clearer by the day that a major flaw of the current administration is that members of the ruling party are so often on different pages concerning the same issues that one cannot but wonder whether they ever meet to discuss state matters. Unfortunately, without coherence not much can be accomplished.

The 16-year rule of the Peoples Democratic Party (PDP) popularised the “family affair” syndrome and it was a signal of the capacity of that party to settle rifts among its members in the inner caucus. The party mastered the act so well that many felt there was no crisis that could withstand the family affair policy. Until the crisis of 2015 reared saw to the exit of five governors and some legislators at the state and National Assembly from its fold, it was difficult to see any crisis overpowering the PDP.

Even then, many believed that the party became complacent and apparently underestimated the capacity of a united opposition imbued with the support of their own estranged members which they cannot managed any more except they scuttle the party in pieces. Whatever the PDP strategy was worth, it showcased one thing; it found a way of communicating with itself in a way. Notwithstanding the loose structure of the PDP, the party was able to galvanize its members around power and protect that collective strength for more than a decade.

Since the coming of All Progressive Congress (APC), the family affair syndrome has been replaced. No one can point to the existence of the sort of unity around power as we saw with the PDP in their 16 years in governance. No collective workmanship exists in APC; the members work in division, culminating in arrogance, fumbling and misfortunes in governance. Many in APC today still see themselves as member of the Congress for Progressive Change (CPC), the All Nigeria Peoples Party (ANPP) and the Action Congress of Nigeria (ACN). Some said recently that the famed “ body language” was perhaps the replacement for family affair. But that looks unlikely because this is a political setting. Maybe body language bodes well in kingdoms, where the words of the king are rare. Politics is noisy. It is full of drama and silence is only a strategy that comes to play once in the blue moon.

Political environments thrive on the soap box mentality, the village setting crowd. In politics, you don’t act in hush, hush tunes. You make the noise even when your target is just by the corner. In politics, no one sing your praise better than yourself. Yes, there are town criers, but the danger is there that they either corrupt the message or confuse it. Politics also resets on the people, a network of people. In politics, many people come around power for different purposes. President Muhammadu Buhari’s composition also contributed immensely to the division in the APC. So much hope was invested in Buhari/APC but the yield, so far, has been paltry. The major battleground will be the economy. Before the Buhari/APC administration, our economy was one of the best performers in the world. In that last 20 months, however, we have gone from positive growth to negative and are now in a recession.

One of the practical effects of recession is a collapsed national currency. It exchanged N187 to the US dollar two years ago, but now hovers around N500 to the dollar. The effects on the escalating costs of goods and services are better imagined that felt. Just one example, though; a bag of imported rice that cost between N7,000 and N9,000 last two years now cost between N20, 000 and N25, 000. The national minimum wage is N18, 000 and not every state in the federation is paying as much. The fuel prices jumped from N87 per litre to N145 per litre in a government that said there was nothing called subsidy and that it would crash fuel price.

Other sore thumbs include the rolling back of the carpet of credible election; INEC is not independent anymore. A certain “powerful” woman in INEC is said to breathe down the necks of everyone. The much-advertised war against corruption will, no doubt, come up for scrutiny. It is too one-sided for comfort. The scantily-concealed assault on the judiciary culminated in the insulting acting appointment of the Chief Justice of Nigeria, Walter Onnoghen. A culture of impunity and inference is creeping in on Nigerians; the DSS and EFCC being willing tools in the hands of persons bent on taking the country back to the ignoble and despicable era of military dictatorship. The lopsidedness of their appointment also has negative effects on the division in the APC caucus, especially in favour of one section of the country to the mindless marginalization of the others. At no other time in the history of this country had any administration been this divisive, sectarian, sectional, insensitive and discriminatory.

In recent times, the signals we have been seen around the APC is that of a party marginalised within its own power circles.