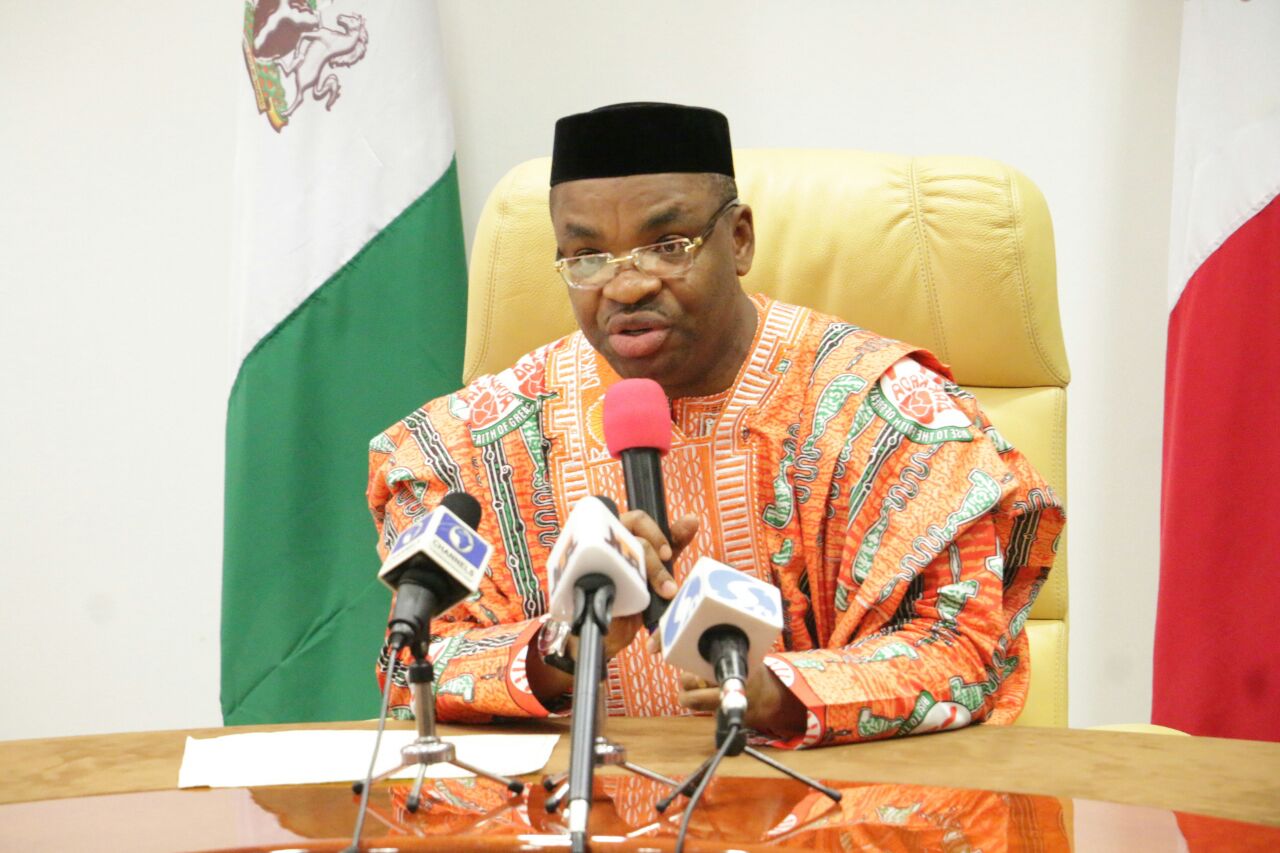 Its generally accepted that Nigerians are the most Religious people on the surface of the earth thus the most superstitious of the human animal. We are quick to read meanings into things,situations and persons. We hardly allow common sense nor logical reasoning to permeate our thinking no matter how highly placed we  seem to attain in academia,travels, experience and exposure.

More than once I have heard respectable personalities comparing Mr Udom Emmanuel to Obong Clement Isong. During the campaigns, the comparison deed serve as a leverage to high expectations from a principled financial manager. We compared Mr Udom Emmanuel then to Obong Clement Isong,with the permutation that because of his vast wealth of Knowledge,Akwa Ibom shall take her pride of place in Nigerian committee of states through prudent financial management of scarce resources for speedy actualization of the industrialization drive,and time has proved us right.

Surprisingly though,we seem to have lost confidence in the great unprecedented works of Obong Clement Isong,either for selfish reasons ,to score cheap political points or we are simply exhibiting our natural tendency to be superstitious.

I have often asked those who compare Mr Udom Emmanuel to Obong Clement Isong in terms of the latter’s short comings and what emanates are always vague and foggy assumptions. Those who have dared to compare in bad light these great beings seem to only do such when they believe the Governor has not lived up to their expectations and judgement, but the moment their desires are met,Mr Udom Emmanuel remains an enigma of some sort.

Though history has a way of repeating itself,it will be unfair to compare the Happenings in Udom’s Government to that of Clement Isong while ignoring the Times we are in. We are in better days compared to the analog days of the Nigerian patriarchs,in the past, it was possible to trample on success stories on mere assumptions,in the past we waited for good leaders to vacate office before we celebrate them,but not in this digital age were success is seen,felt and experienced on the press of a button.

No doubt,Mr Udom Emmanuel might go on record as the first governor to have his Senator defecting,but that does not and should not in any suspicion spell political doom,for Nelson Effiong’s miscalculation has only won more sympathy votes for a performing governor; Mr Udom Gabriel Emmanuel.

People who compare others and sometimes compare themselves are often viewed as short in mind and bereft of wisdom,for no matter how strong we are,there will always be another stronger being,no matter how wise we claim to be,our wisdom on opening our mouths betrays our thinking patterns.

In comparing both sons from Eket Senatorial district,let’s not miss the great differences in political awakening of the masses,the critical mass of apathy developed against politicians like Nelson Effiong with questionable intentions and character.

I might be too young to know exactly how Obong Clement Isong left office, but that his name rings a bell many years after he took a walk to eternity gives me confidence that the suspicious lies,fears and assumptions about the “reincarnated” Obong Clement Isong of our time will end in shame is unacceptable.

We must grow beyond seeing visions of failure for others because we are struggling to define another from our perspective. We are here for different reasons and divine assignments, what is success to one might be but a scratch on the surface for another.

Little wonder how we think,we know better than the King and would offer unsolicited advice only to shame our pride the moment we mature to reality that the King was placed there on qualification of nature and the gods with corresponding wisdom to lead for greatness.

The distractions of 2019,should not becloud our sense of reasoning, causing us to stoop towards beer parlour imaginations of what could happen when reality of superior performance already stirs in the face.

The unrelenting road constructions,health care upgrading, wealth creation,political inclusion, Youth and women empowerment, shelter for the poor and most importantly mind renewal through the Dakkada philosophy is worth more than a second term.

Be the first to comment on "MR UDOM EMMANUEL AND OBONG CLEMENT ISONG, AVOIDING SUPERSTITIOUS COMPARISON "