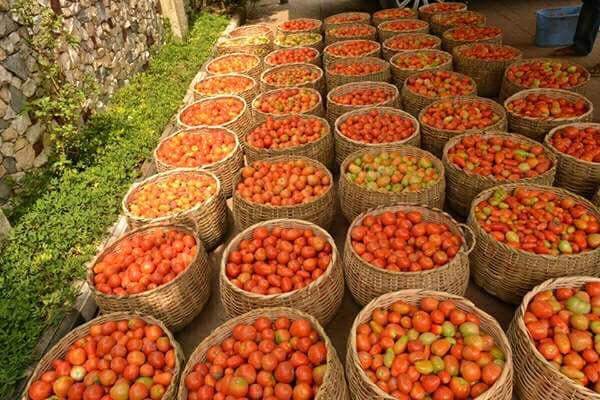 The industrialization programme of Governor Udom Emmanuel led administration in Akwa Ibom State will record another leap with the test run of a three hundred million capacity Syringe Manufacturing Company slated for May this year.

Governor Udom Emmanuel announced this when a team from World Bank Group (WBG) led by the Country Director, Mr Rachid Benmessaud called on him at Government House, Uyo.

Governor Emmanuel said : Nigeria with over 170 million people consumes about 6 billion syringes imported from foreign countries and the next largest producer of syringe is South Africa but Nigeria has no single Syringe Manufacturing Plant. This explains why we are taking steps to establish one in the state. ”

Mr Emmanuel spoke of the World Bank as a dependable development partner and solicited it partnership in the execution of development programmes in the area of Small and Medium Scale Enterprises, Agriculture, Health Care, Women Empowerment and Environmental Degradation.

The Governor said that the state had set up modalities for effective implementation of it laudable programmes by constituting technical Committees to handle the various areas of projects implementation saying that the Committees are headed by tested hands who would deliver on their assigned task.

He assured that the state will meet it obligations in the area of counterpart funding of projects and enthused “in the area of counterpart funding, we would meet our obligations when ever we are called upon. This is one State that would make good use of the funds earmarked for projects… so if we partner we would create something that the whole of Africa will emulate ”

Governor Emmanuel said that the state is blessed with resources that could readily be harnessed to generate employment, create wealth as well as sustain the economy and mentioned the Coconut oil Refinery Project as one project that would fast- track economic growth given the international market price of the commodity. “This is one area I would like you to make a mark because in the whole of Africa we are yet to to have a Coconut Oil Refinery. As I speak off takers from Malaysia and other parts of the world have indicated interest to patronise the commodity because of it profitability ” He Stated

Mr Emmanuel showcased the investment opportunities available in the state and urged the Organisation to explore ways of boosting the state economy, assist in addressing it ecological challenges and explore new grounds in the production of Ethanol to meet the ever increasing demand by bevearage and cosmetic industries stressing that his administration adopts international best practices in all it dealings and sued for equity in the financing of the investments.

“Let me assure you that in Akwa Ibom State we’ve taken our time to set best practices that would enable us to partner with the World Bank. Our due Process, best practices, corporate and risk management issues would really let you know that our approach is something that would let you work with us ”

Earlier, the World Bank Country Director Mr Rachid Benmessaud said that the Organisation which comprises International Finance Corporations sponsors development projects of member countries, provide grants to the private sector and that the rule of engagement is dictated by the country’s partnership strategy.

Mr Benmessaud indicated that World Bank’s presence in the state would build a stronger partnership in the State’s development programmes and assured the Governor of assistance in the development of the state in line with the organisation’s strategy of engagement.

Mr.Benmessaoud expressed appreciation to the Governor for the privilege granted the WBG to enlighten the leadership of the state on the focus of the team and opportunities available to the state, explaining that there are still possibilities of a strong partnership between Akwa Ibom and the WBG, comprising the International Finance Corporation (IFC)and the International Bank for Reconstruction and Development (IBRD).

He stated that the respective projects and programmes executed by different organs of the WBG are usually done in consonant with the visions of the Federal and State Governments, explaining that the WBG has, in the last ten years, undertaken a review of functioning and non functioning projects in Nigeria.

The WBG Country Director noted that the scope of functioning projects have been expanded to impact meaningfully on the states despite the slow pace of six percent out of the 25 percent target to access programmes by states, and called for improved awareness on the state of ownership of projects adding that coordinating agencies should be be set up by respective State Governments.

Mr. Benmessaoud commended the leadership of Akwa Ibom for the various initiatives in line with the WBG focus on rural electrification, women empowerment, nutrition and regional cooperation,saying “ we have decided to establish a coordination mechanism at the state level to ensure information on project performance”.

While assuring that the World Bank Group does not only support the public sector but also extend financial assistance to the private sector, he expressed hope for a successful partnership with Governor Emmanuel -led administration.