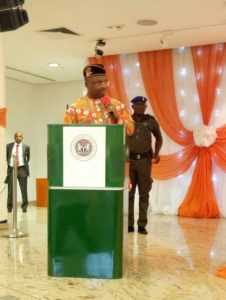 In form of a motion, Sen Godswill Akpabio move that Gov Udom Emmanuel be reelected for a 2nd term in office in 2019 and the motion was seconded by the Hon Speaker of the AKS House of Assembly, Rt. Hon Onofiok Luke and was also supported by Sen Bassey Albert (OBA) 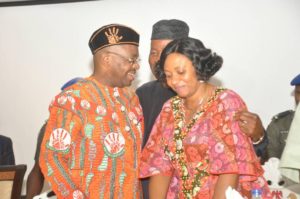