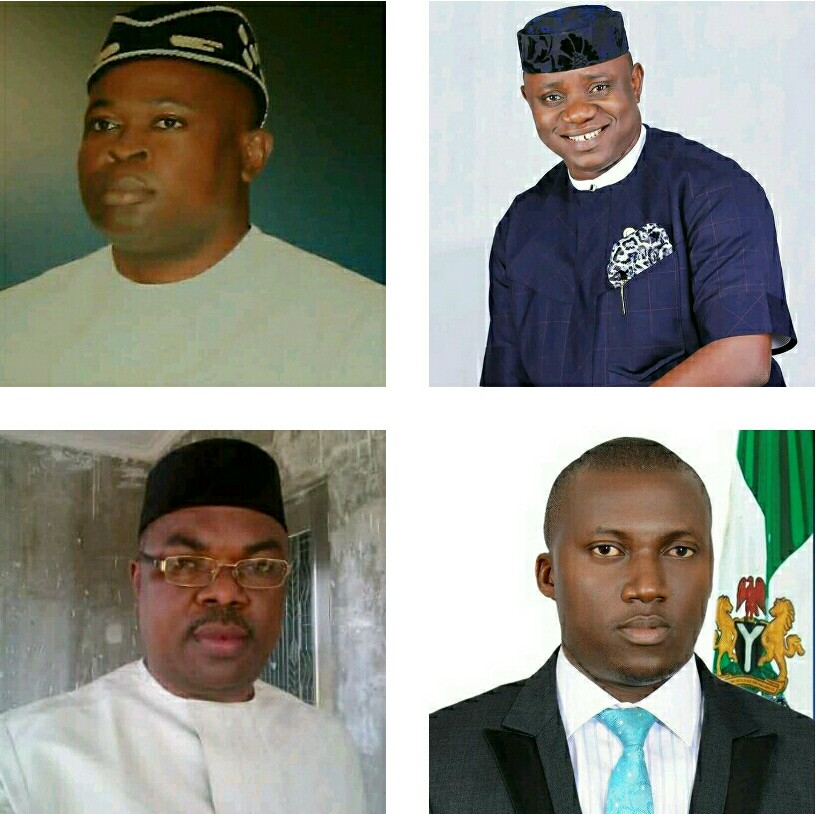 The stakeholders and people of Ibesikpo Asutan have again declare their not going back in supporting  Governor Deacon Udom Gabriel Emmanuel for a second term in 2019 having proven his dexterity in taking Akwa Ibom to the desired destination.

This was the position of the political bigwigs in the area who converge at the country home residence of the State Commissioner for Finance,Mr.Nsikan Linus Nkan to declare support for the Onna born state number 1 citizen.

Speaking at the political convoke which had in attendance the who is who in Ibesikpo Asutan politics,the State Finance manager first and foremost thanked the political leader of the area,Prince Uwem Ita Etuk for his style of leadership which to him was the reason for the existing political structure

The commissioner however charged the political gladiators to be focus and united so that PDP will be the party to beat come 2019.

Mr.Nkan sees Udom as God sent to Akwa Ibom and therefore charged all to return him to the hilltop mansion come 2019 to continue his good works to Akwa Ibom.

Also speaking at the meeting,the political leader of Uyo Federal Constituency and Ibesikpo Asutan,Prince Uwem Ita Etuk thanked Mr.Nkan for believing in the existing political structure and beckoned on all to return Udom to his rightful place come 2019.

Rt.Hon.Eyakeno Etukudo,the immediate past member representing the area thanked the commissioner for the timely convoke which he said has help calm down nerves of distraction and harps on support to Udom in 2019 and beyond.

For the member for Ibesikpo Asutan state Constituency,Rt.Hon.(Elder)Aniekan Uko,it’s no time for any distraction from any quarters, but rather its time to enjoy the fruit of our 2015 labour and plant a new seed for 2019.

The area’s mouthpiece in the hallowed chambers promised his resolve to continually give the area effective representation and constant empowerment within his tenure.

Other party stakeholders who spoke all prayed for unity and togetherness so that the task of returning Udom for 2019 will be a reality.

High point was an official motion endorsing Udom for 2019 which was moved by erstwhile lawmaker in the area,Engineer Eduok Eduok seconded by the incumbent house member Rt.Hon.(Elder)Aniekan Uko.