An aide to Governor Udom Emmanuel on project, Mrs. Uduak Markey Silas has given twelve physically challenged female youths an independent life by giving out cassava grinding machines to boost their livelihood

Mrs. Markey made this donation at the Grand finale of the Uboikpa Udom Emmanuel football competition held at ONNA sport stadium in ONNA LGA.

In her speech, Mrs. Markey said the empowerment items was carefully chosen to generate money from the cassava grinding business that is thriving in the locality. 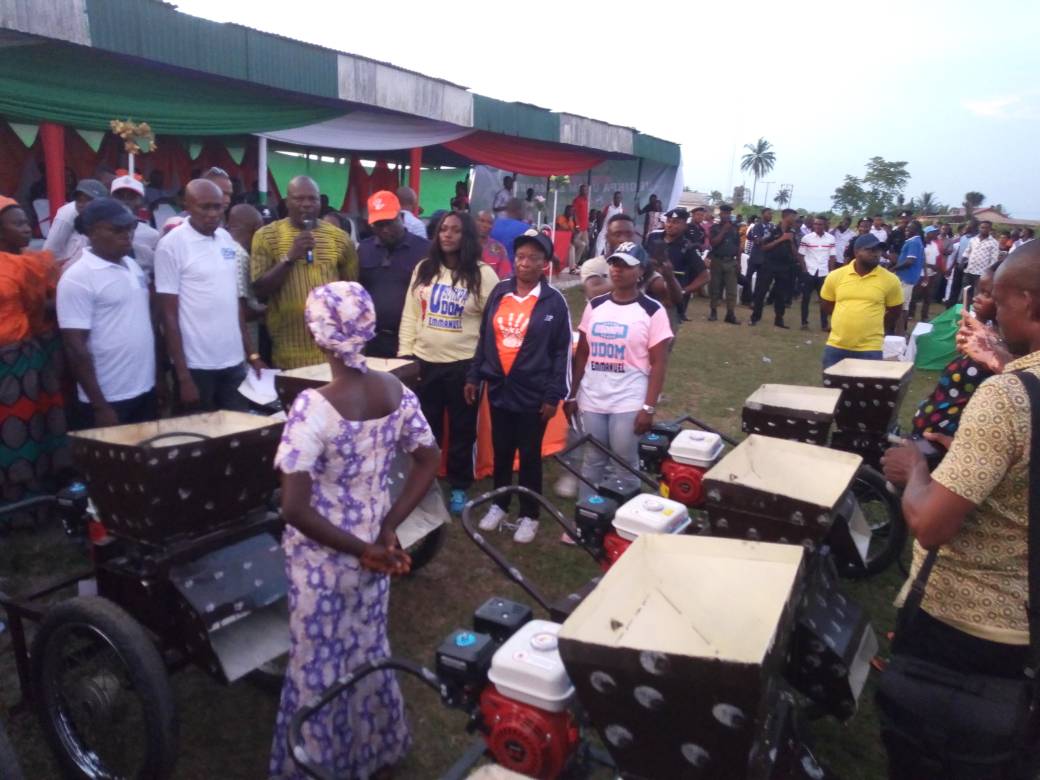 She stated that giving out money to the physically challenged will just bring the now benefit, but with the grinding machine, she is sure that they will not beg for food as it is a money generating vendor.

She urged all the beneficiaries to use and maintain the machines well, asking them to get their pvc’s so they can vote Governor Udom again in 2019 to enjoy more benefits of governance.

Appreciating the teaming support for the Uboikpa Udom Emmanuel football competition that ended yesterday, Mrs. Uduak Markey who organised the competition, said that apart from the conventional benefit of sports to the physical body, that the competition brings to bear the bond of unity, compliments the effort of the Governor in sports development and further gives the female youths who are very good in football the opportunity of being picked by football scouts. 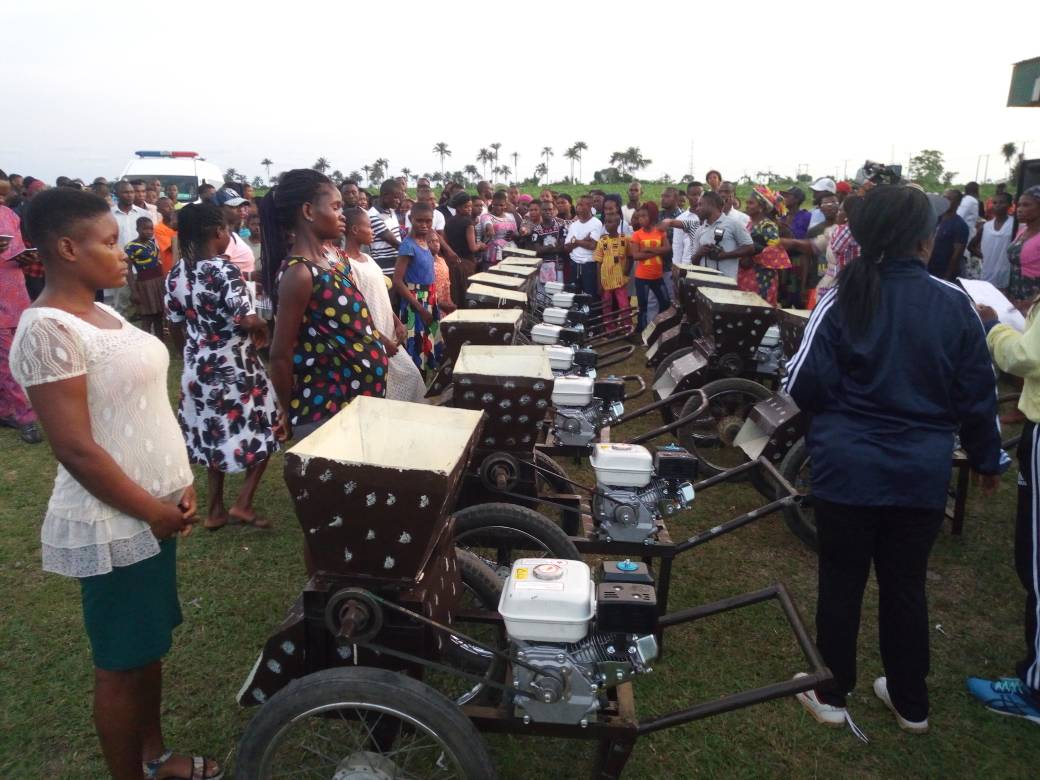 “The Governor once asserted that this state will not rest until we produce the likes of Lionel Messi, Christiana Ronaldo, etc. It speaks much of a state that has priotized sports with undeterred quest to birth world athletes”

“Seeing the efforts of His Excellency in this regards, the female youths will not also rest until they produce the likes of Nadine Angerer of Germany, Lotta Schelin of Sweden and Homare Sawa of Canada” she added.

It was noticed that at the end of the competition, scouts approached and picked up names of players that are to resume training soon in Lagos.

Commending the efforts of the SA in alleviating poverty in the lives of the physically challenged female youths, the Chairman of ONNA LGA, Hon. Imoh Attat, said what the SA has done is very unconventional going by the fact that he knows how much the SA ends monthly.

Hon. Attat said that it is a welcome idea for aides of the Governor to be indulging in humanitarian services of this sort, praising Mrs. Markey for this uncommon idea.
He warned the beneficiaries not to sell the machines, but to use it judiciously for the purpose it was designed for, while urging all to get their pvc’s in preparation for 2019.

Speaking with one of the beneficiary, Ukpono Sunday, she said this is the first time an aide to the Governor has done this in the community, while praying His Excellency to promote Mrs. Uduak Markey with assurance that she will do more to compliment his effort in humanitarianism.

Those present at the event were: Hon. Imoh Attat, ONNA LGA chairman, Hon. Vincent George, board member, college of education, Mr. Etienne Bob, SSA on projects, Obongawan Udonsek, and other dignitaries to grace the occasion.