Without the usual defeating razzmatazz and media hyperboles that politicians employ to massage their egos, there is a gentleman in the southern part of Nigeria that is delivering results in quantum measures to and for his people.

His name is Udom Emmanuel, Governor of Akwa Ibom State. In the last four years, he has set the oil rich state on a pedestal that will take many of its contemporaries time and craft to beat. From aviation to sports, health and critical infrastructure, the stories of growth and development are reverberating across the land. 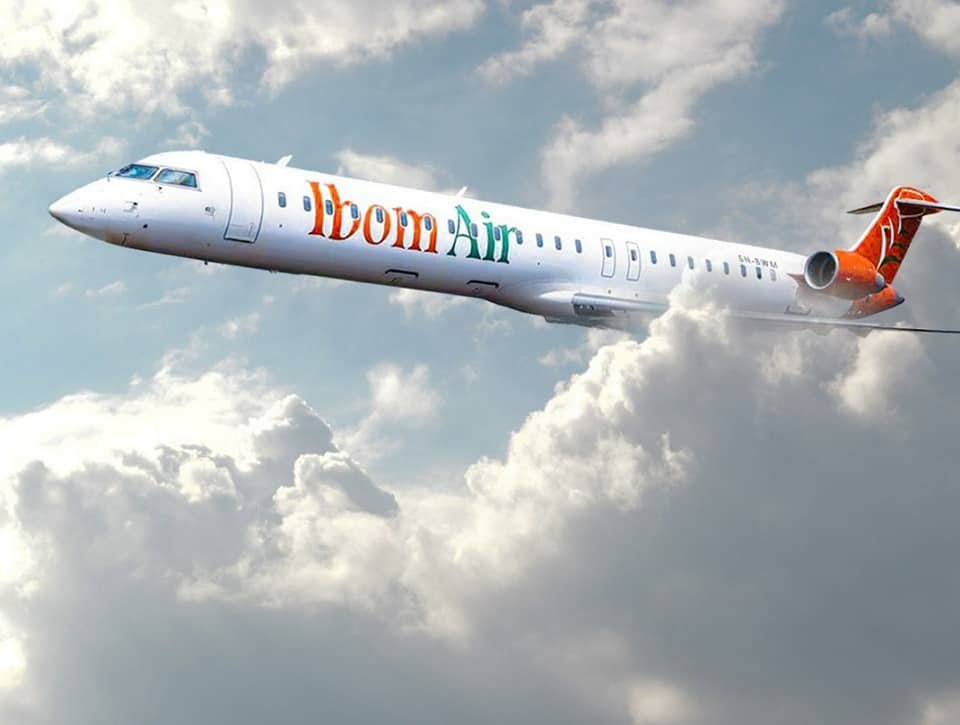 For a leader who threads where others dread, Governor Udom Emmanuel has broken many records: Akwa Ibom is the first State in the whole of Nigeria and indeed Africa to have a commercial airline business. Ibom Air struts the Nigerian skies today standing as a testament to visionary leadership and an acute determination to prove that what was once thought to be impossible can be made possible. The airline has proven the cynics wrong and showed the world that a viable commercial airline can be achieved. In 100 days, it flew it’s 50,000th passenger and announced its new plans to cover the busy Abuja – Lagos route with its newest ‘birds’ in the sky.

That is not all, he has revived the industrial sector of the state that had gone to limbo since creation in 1987 with 16 new industries and inspired several other entrepreneurial efforts in the state. Two of the latest industries were recently inaugurated by Vice President Yemi Osinbajo who went beyond partisan sentiments to acknowledge the effective style of the Akwa Ibom Governor.

A lot has been achieved in the areas of youth empowerment, small and medium scale enterprises as well as women empowerment schemes, which have seen Akwa Ibom women expand their businesses through the soft loans have been granted them. 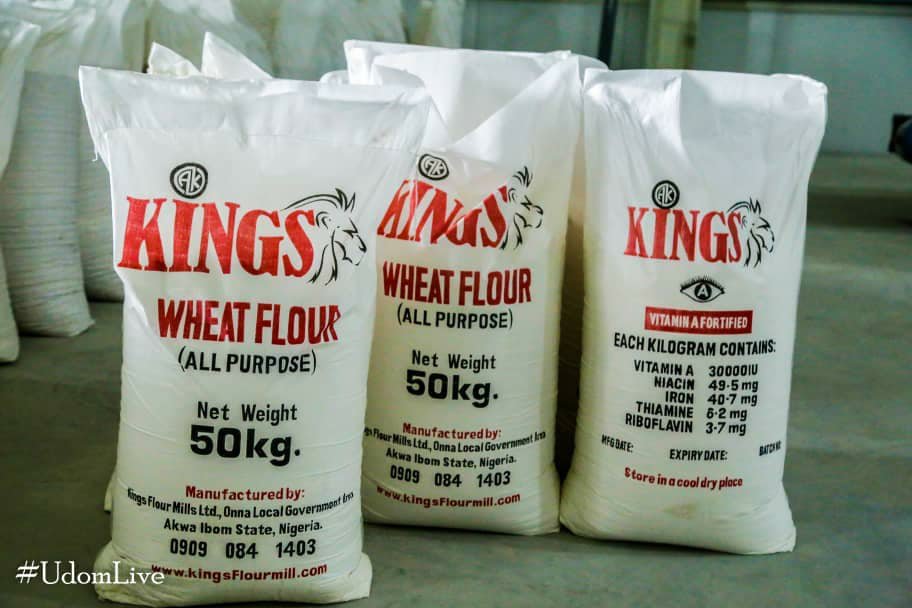 It is also apparent that the youths of the state have internalized the dakkada philosophy and today, are applying the works of their hands to earn a living rather than engage in other unwholesome acts. Akwa Ibom accounts for the lowest crime rates in the country.

The health care delivery services in the state have been celebrated nationally. Udom has remodelled hospitals across the three senatorial districts and equipped them with the most modern facilities; some are fully digitalized – from Methodist Hospital in Ituk Mbang, to Ikot Okoro, Etinan, Iquita, Ikono, Eket and others.

The over 1,400 classroom blocks remodeled and the over 600 million Naira WAEC fees that we pay for students and the subventions that paid annually to schools are eloquent testimonies of developments in basic education.

Currently, Akwa Ibom has two clubs in the nation’s elite football division and several sports programmes to groom young talents in different sports. From investments in agriculture, to power sector such as the Ekim Sub-Station that was also commissioned by the Vice President which will ensure the realization of our dream of Power-For-All by December, 2021, Gov Udom Emmanuel is building solid infrastructure that can drive development, create jobs and make life very meaningful. 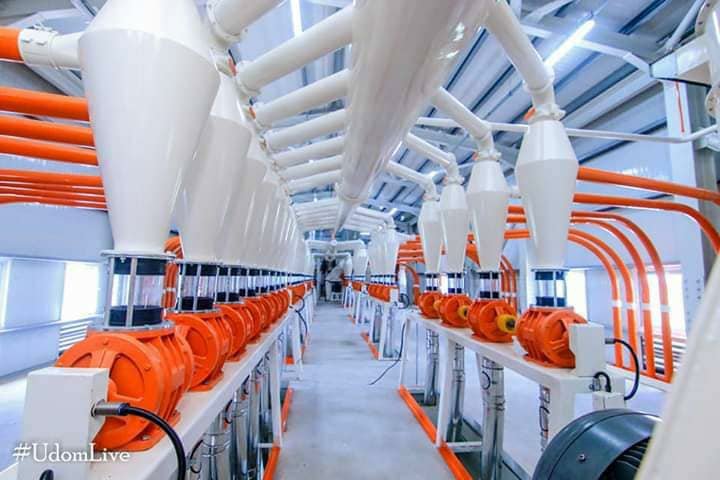 Retired American business executive and chemical engineer, Jack Welch had the story of Akwa Ibom State in mind when he said that “great leaders create a vision, articulate the vision, passionately own the vision, and relentlessly drive it to completion”.

Governor Udom Emmanuel has relentlessly driven the Akwa Ibom project since May 2015 to the admiration of even his harshest critic. His administration has made great strides in virtually all sectors in line with his determination to fulfill his campaign promises. 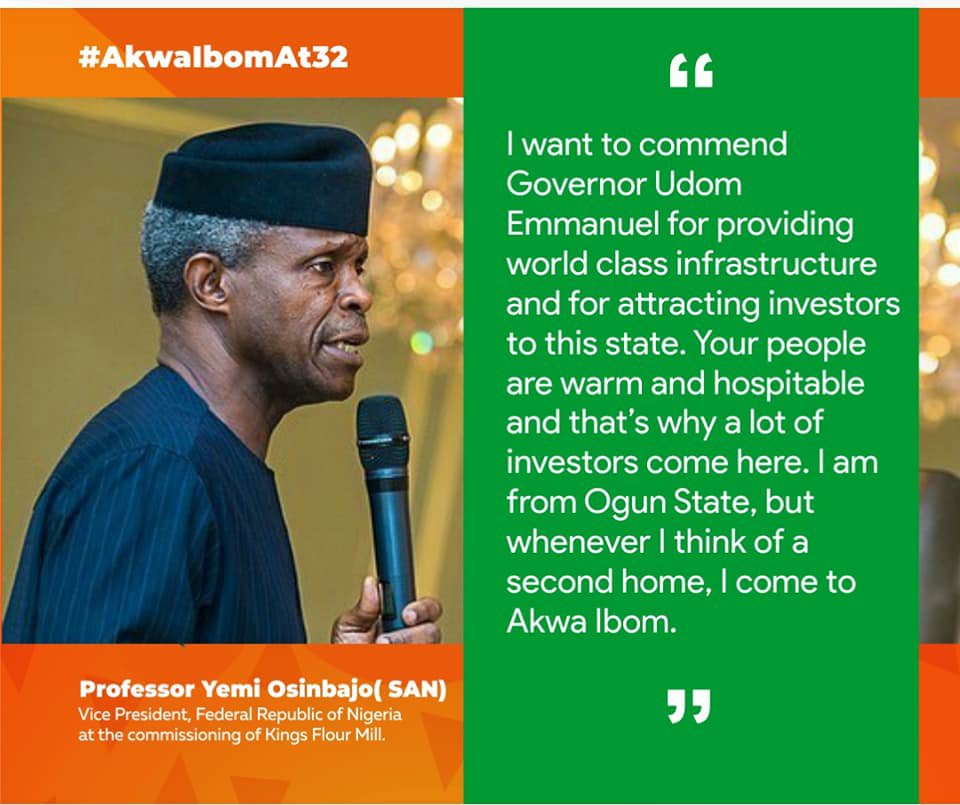 Nothing excites the Akwa Ibom State Governor, Mr Udom Emmanuel than the privilege to change the chronicle of the story of the state through its development stages. May 2015 to date can be rightly described as the most interesting period in the state’s history, characterized by a blight in the state’s resources and defined by the can -do spirit of a leader who believes that whatsoever the mind conceives can be achieved. The past four years and four months have been awe inspiring as Akwa Ibom state can boast of tangible growth and development in all sectors of the economy.