# His lies are disjointed and unmistakably intended for what it’s meant; launder a badly battered image of a failed/frustrated politician. 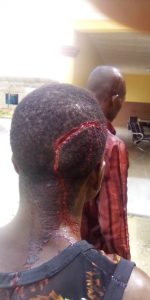 # The alleged author of the hogwash is a stark illiterate, who can neither read nor write and therefore did not and couldn’t have authored the said refutal.

# Aniefiok Essien Bassey lives in Uyo, where he works as a casual security @ the NDDC state office, Ewet Housing, Uyo 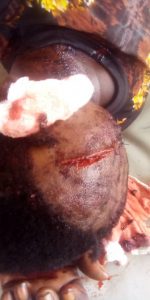 # The record of the attacks/attempted murder on the victims of the well orchestrated political violence, the motive, the time/venue of the attempted murder, the number and names of the assailants, their weapons of assault and various bodily injuries inflicted are properly documented @ the Esit Eket Divisional Police Headquarters, the C. I. B, DSS and INEC. 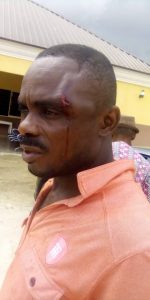 # It is also on record, that electoral materials were hijacked and INEC officials and NYSC ad hoc staff posted to Units 004 and 005 Ward 10 Esit Eket LGA abducted @ gunpoint and forcefully detained @ Bassey Dan-Abia’s residence, consequent upon the attacks so brazenly perpetrated, until they were rescued by the DPO.

# It is also clearly established on record that the elections in Units 004 and 005 Ward 10, Esit Eket LGA were cancelled or otherwise nullified for the aforementioned reasons of orchestrated violence, seizure/hijack of electoral materials and abduction of INEC officials.

# The author of the poor and uncoordinated refutal is from an entirely different polling unit, about a kilometer from unit 005 where the attacks took place.

# He is a card carrying member of APC, notoriously acclaimed for thuggery and a political ally of the former MD of NDDC, Bassey Dan-Abia.

# Aniefiok Essien Bassey (alias Afaha Killer), should save his defence of lies and exaggerations for the law court.

We have resolved as a people: Never shall this wicked/lawless brand of political brigandish thrive or be tolerated anymore in our political space.

Let the likes of Bassey Dan-Abia learn humility in defeat, and further take notice; no man is above the law.