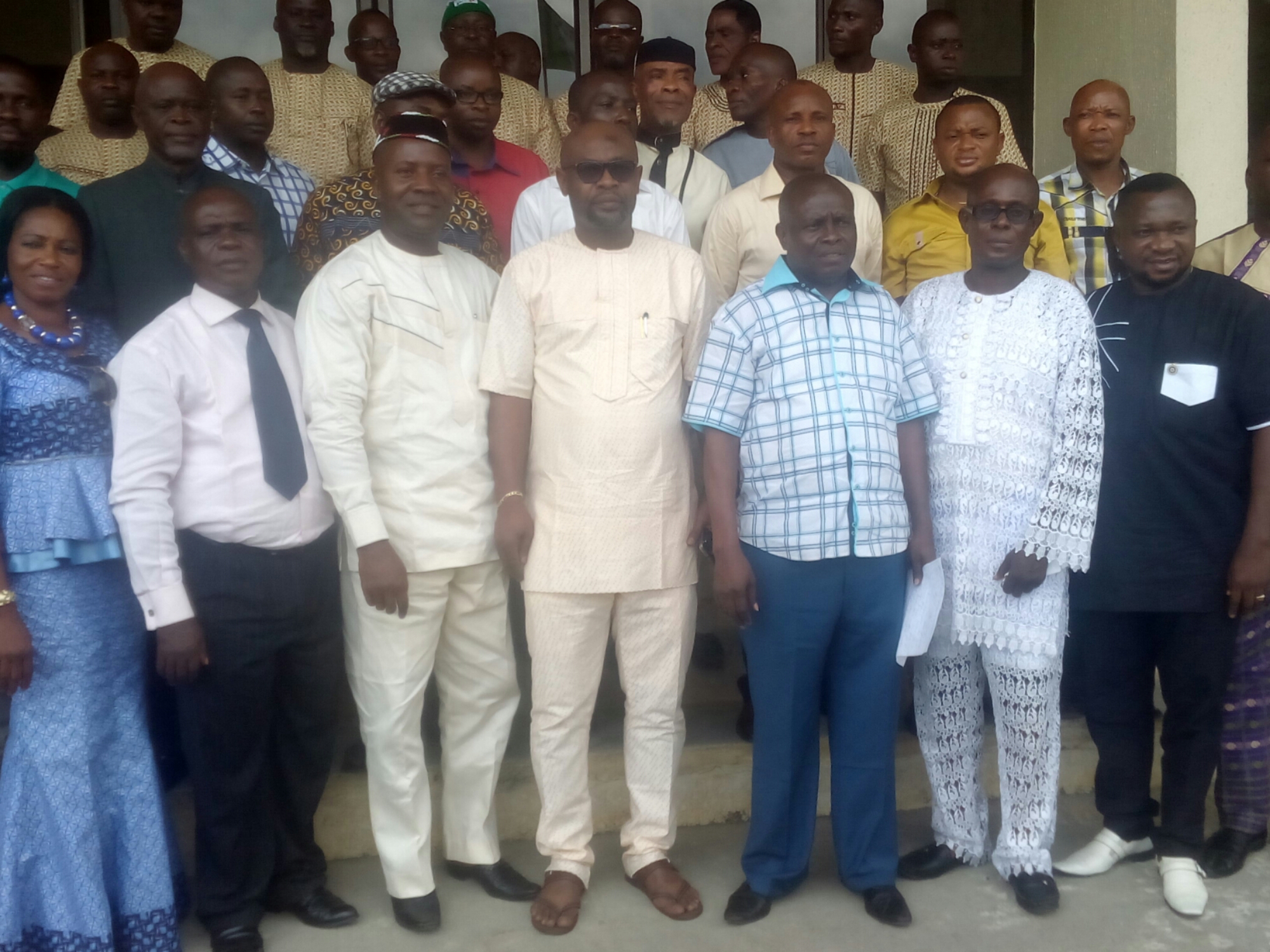 The Chapter and Ward Executive of the People’s Democratic Party  (PDP) Onna Chapter today 24th of Oct 2016 through the able leadership of Bar Ubong Adiaha Akpan passes vote of confidence on Otuekong (Hon) Nse Essien (the Deputy Chief whip of the 6th Assembly and Member Representing Onna State Constituency) and the Executive Governor of Akwa Ibom State, His Excellency, Udom Gabriel Emmanuel.
The Chairman of the Party, Bar Adiaha Akpan in his remarks named six critical areas the party is fully satisfied of the Parliamentarian and they include. ..

1. It is on records that Hon Nse Essien is the first Onna State Constituency member in the Akwa Ibom State House of Assembly to bring representation effectively to the grassroot by always being around whenever his needs his attention.

2. Otuekong Nse Essien is the first and foremost member from Onna to willingly and willfully placed eighty four (84) people on monthly allowance of 10,000 naira each to the indigens of Onna. Each village has two beneficiaries.

3. It is on record that Hon Nse Essien aside from the beneficiaries of 10,000 naira stipend, he is also paying up keep allowance to 26 unemployed youths in Onna.

4. The Chairman of the Party also commend the Parliamentarian for providing a means of transportation (car) to his ward Political Leader. A gesture that has never been done by anyone before.

5. The party Chairman also characterized the season Parliamentarian on practical effort of paying some of his constituent House rents, school fees, giving support to the berief and also giving support to those who are getting married all as a call to duty.

6. He stated in gladness that the Party is satisfied with the welfare standard provided in his constituency office to every visitor especially the staff that are working with him who are all indigens.

7. Bar Adiaha Akpan also express joy on the benevolent of the House Member who intervene on an endangered little Son of Onna whose life was challenged by reason of falling health. The some of 3 million was raised to send the little boy abroad for treatment.

All these gesture propel the party to move and passes a vote on confidence on the House member.

In response, Otuekong Hon Nse Essien pleaded with the Party to always give all necessary support to the Governor especially in the area of the industrialization that when the governor succeed after 8 years in office we will all be successful with him.

He thank the party and promise to always be at service to the only platform that gave him the mandate to serve at that capacity.