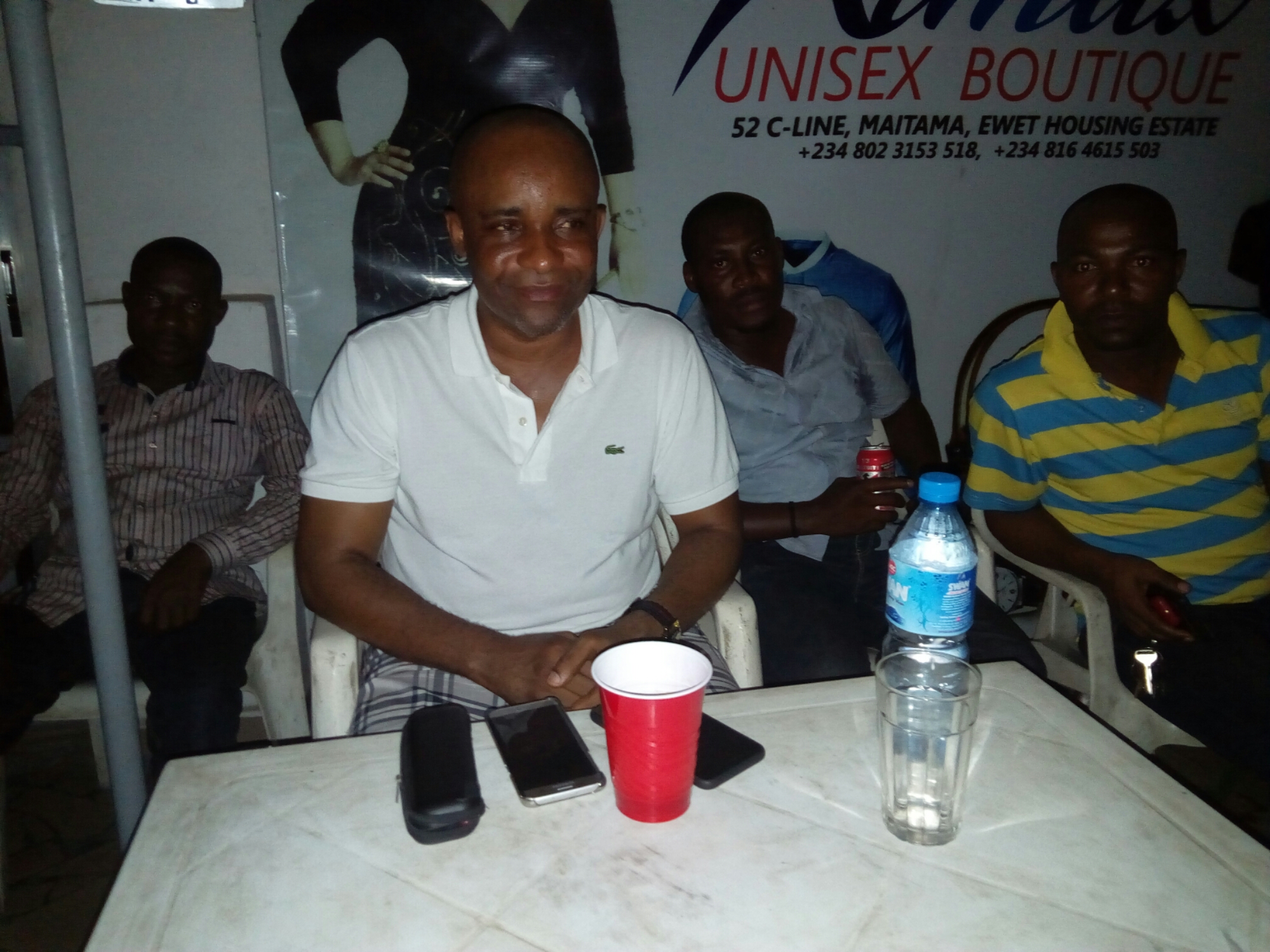 In order to dispel the pending rumours that the Youths of Onna has not been recognised by their very own, the Chief Protocol Officer to the Governor, Mr Edmund Ufang meet with a broaden Onna youths which cut across every divides in Onna to address every doubts and side talk.

Mr Edmund Ufang who cheated death during the last December Reigners Church building collapse was sustained with a fatal injury on his leg and is still undergoing treatment. However, this sad incident has never deterred him from communicating and responding to the needs of his people when ever they came calling. His magnanimity gesture was the reasons he doles out empowerment to the people of Awa during the last December and he’s set to do more again any moment from now. Eighteen (18) youths will be given mini buses with full registration and this is the first of its kind in Udom’s administration..

The Coordinator and the organiser of the meeting, Hon Tony Akpabot who is also the Treasurer of the Party (PDP), Onna Chapter thanks and appreciate  the Chief Protocol Officer for offering out his time to sit with the enlarge Onna youths and discuss the way forward. He also thank the Onna youths for the continuous support they have been giving to His Excellency, Mr Udom Emmanuel.

As a way of dispelling some contending issues, youths across Onna  were given an opportunity to address the Chief Protocol Officer by way of expressing their disappointment and expectations. The Former House of Assembly aspirant and the Legal Adviser to the Party, Barr Mike Inyang express satisfaction in the administration of Udom Gabriel Emmanuel and also appeal to the Protocol Chief to always make out time like this in order to discuss issues in a round table.

Reacting, Mr Edmund thanks the Youths of Onna for their decorum and understanding. He advice that no matter what “do not compromise your stand with his Excellency Udom Emmanuel because the challenge we’re facing currently in the party is just for a while, it will soon wither away and those defecting will soon have themselves to be blame”.

He reminded the Youths again that Udom’s Mandate is for 8 years an nothing less and pleaded that that everyone stay put and support our collective mandate. The Chief Protocol in order to give prompt attention to his people charge the coordinator, Hon Tony to choose three others that will always come and discuss matters pertaining to Onna youths whenever the need arises.

The meeting ended with a sumptuous entertainment and envelopes to go home with..

Nextreporter.com is managed by Abasiubong Tom