The two were extremely cozy in their VIP seats before the end of the Fifa World Cup game. Social media users were jazzed by the apparent chemistry between the two heads of state, Kolinda could not stop embrassing Macron during the match.

Someone could have actually assumed that Kolinda was a wife of the 39-year-old Macron. Except that Macron’s wife is called Brigitte and is 64 year old! 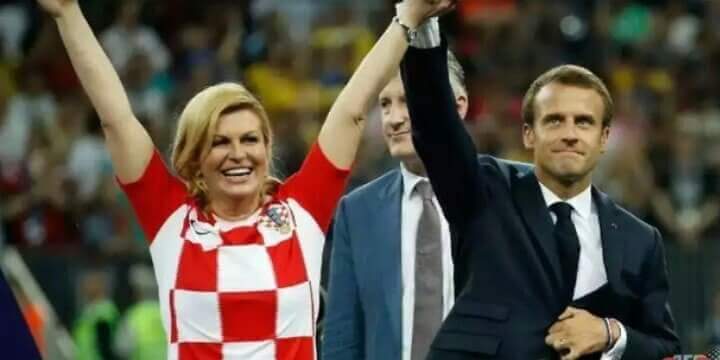 Kolinda has also been married to security analyst Jakov Kitarović since 1996 and they have two children. 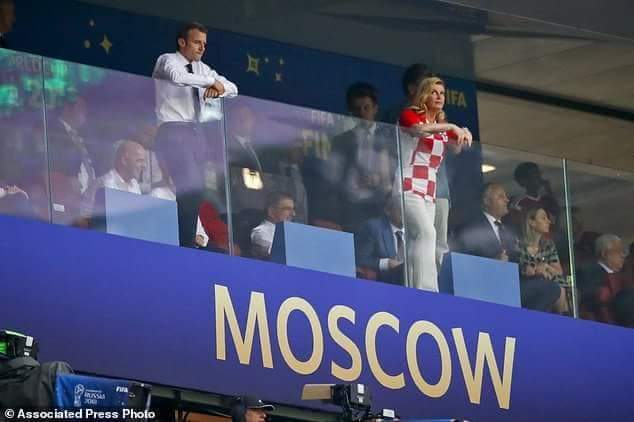 It’s such a chemistry, these two look so good together don’t they? And the two begin to flirt around like this: 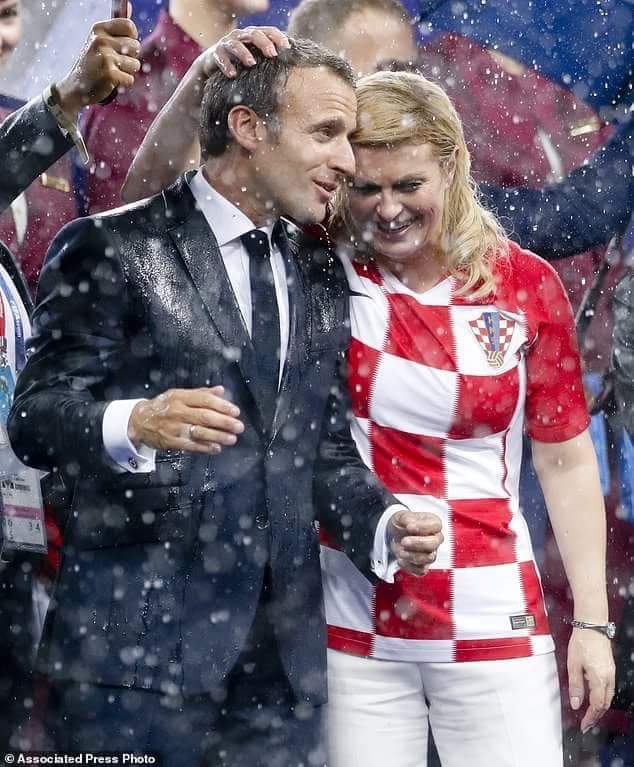 It’s fun to imagine these two being actual relationship goals. I mean just look at them.