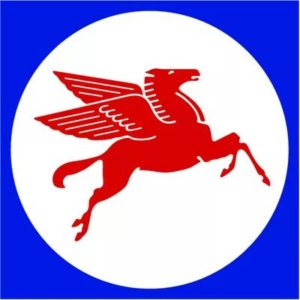 Recently we set out to laud the Government of Akwa Ibom State under the leadership of Mr Udom Emmanuel over the Eket –Ibeno road which the administration was constructing to link the entire state with the oil producing communities of Eket to Ibeno.

However, in recent weeks, there has been series of campaigns noticed on the media and in formal discussions that the road was not constructed by the state government, and that in fact it’s being constructed by the Exxon Mobil, a multi-national oil company doing business in the oil rich coastal communities. It is not out of place, for an oil company to set out and execute projects as part of its corporate social responsibility.

However, it is very disturbing to be imagined that a road claimed to be executed by the State government is actually majorly funded by a private company. To this end, we have carried out an independent investigations, analyses and survey of the roads project and we can categorically state as follows:

1. Over 46.5bn naira has been used to execute the 19.5billion dualised Eket-Ibeno Road project that comes with at least four new bridges and some dredging work and reclamation of swampy terrains for roads.

2. Following a post oil spillage crisis that shut down the operations of Mobil in 2013, the company agreed to pay the community a palliative amount of N26.5 billion to curb the menace of the oil spill and pacify the enraged communities.

3. That only N5 billion of that amount was actually meant for the four core oil communities to execute targeted development projects.

4. N8billion was paid directly to the CCECC, the company handling the Eket –Ibeno road in 2013 as part of the oil spill palliative to the affected communities.

5. The remaining amount of N13.5 Billion was promised by ExxonMobil for the construction of a trauma center in University of Uyo Teaching Hospital, an Engineering Facility at University of Uyo Permanent Site, the development of the Ibeno beach and a Fabrication Company in Eket. None of these has been executed till date.

6. Of the total N5Billion agreed for the Communities, only 50% of that amount have been remitted to the communities till date.

7. We also discovered that the N8Billion that was paid to the CCECC had long been exhausted before the advent of the administration of Mr Udom Emmanuel, hence the company stopped had since stopped work on the road project until the arrival of Mr Emmanuel to recommence the project.

8. It’s on record that in 2013 the former Governor, Senator Godswill Obot Akpabio did the ground breaking ceremony for the road and awarded the contract to CCECC, and Mobil’s /Community Support fund came to the Construction firm in 2013. If the money was relevant, why then did the firm suspend work on the project before May 29, 2015?

Half-truths are as good as lies. In raising their sign post of N8Billion contribution on Eket-Ibeno Road Exxon Mobil has attempted to undermine the onerous efforts of the government of Akwa Ibom State in executing the project and openly ridicules the efforts of the State government on the Eket-Ibeno road construction while disdainfully spitting on the peaceful environment she operates on. It’s then perceived in all modesty that Exxon Mobil was either economical with truth or outrightly mischievous by erecting a sign post indicating her contribution to the Eket-Ibeno road while ignoring to also give credit to the Akwa Ibom State government.

The Mandate Eyes recommends the immediate removal of the controversial signage from the Eket-Ibeno road, a stoppage of the ongoing media campaigns, with an open apology to the Government and good people of Akwa Ibom State for such ill intended advertisement explaining the true position of the Eket-Ibeno road.

It is also worthy of note that the project which is billed for commissioning by the state government few weeks from now, has become a subject of negative publicity masterminded by the public affairs department of the company to cast a smear on the government of Akwa Ibom State. We therefore wish to hereby advise the oil company to desist from being used by politicians to attempt any act that can fuel tension and disrupt its peaceful operations in Akwa Ibom State.

Powered By THE MANDATE EYES