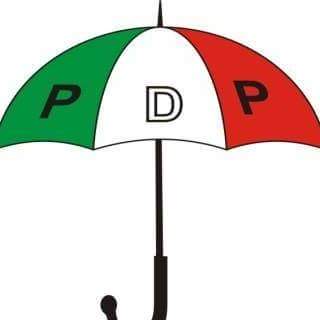 Press Statement
January 25, 2017.
Buhari – Bye Bye To Anti-Corruption War Says PDP
The Letter by President Muhammadu Buhari which was read on the Floor of the Nigerian Senate on Tuesday, January 24, 2017, clearing the Acting Chairman of the Economic and Financial Crimes Commission (EFCC), Mr. Ibrahim Magu and the Secretary to the Government of the Federation (SGF), Alhaji Babachir David Lawal has finally confirmed our earlier assertion that the ‘Anti-Corruption War’ of the APC led administration is a ruse; a witch-hunting mechanism to harass PDP members and perceived enemies of this administration.
2.  It is no longer news that all those who are serving in the government of President Muhammadu Buhari or who are members of his Party, the All Progressive Congress (APC) within the last two years of his administration have all been cleared of any wrong doing; notwithstanding documentary and and other incontrovertible evidences to the contrary. The Presidency in today’s dispensation is the ‘Judicial Clearing House’ issuing clean bill of health to all accused corrupt officials who are members of the APC and friends of the administration.
3.  It is quite disturbing that the President cleared his SGF of wrong doing despite the weighty evidences of his “Grasscutting abilities” uncovered by the Senate of the Federal Republic of Nigeria, implicating Babachir of complicity in the Award of Contract relating to the IDP Camp in Borno State amounting to over 200 million Naira.
4.   It is more worrisome that Mr. President made light of the DSS Report which directly indicted the Acting Chairman of EFCC, Ibrahim Magu of several unwholesome and corrupt practices in the line of his duties. President Buhari saw nothing wrong in the Report but was quick to order the invasion of Judges homes in a Gestapo and commando-style following the Same DSS report. What a double standard! It appears that the APC led government is implementing two constitutions in Nigeria; one for the PDP and other opposition parties and their leaders while the other is for the Ruling Party, the APC and friends of this administration.
5.  Again in 2016, General Tukur Buratai, Chief of Army Staff  was cleared of all accusations even with convincing evidence of owning choice properties in Dubai beyond his income; and also overwheming evidence of misdeeds while serving as Director of Procurement in the last administration. Notwithstanding, President Buhari cleared him by attributing his ownership of choice properties to diligent and thrifty saving of his wages but went after Supreme Court Justices for owning properties as if the Judges too cannot also save from their own wages.
6.  In the same vien, ‘Buhari’s Court’ also cleared the Minister of Interior, Gen Dambazzau for owning properties worth over 1.5Billion Naira in the United States of America; and in fact rather than being prosecuted, he was rewarded with the highest budget vote in the 2017 Budget.
7.  What about the Case of Jafaru Isa? The President’s friend and confidant was alleged to have taken millions of Naira from the purported Arms money but that has also gone under since it was first mentioned in the media. While Isa’s Case is dead, others mentioned with him are either defending themselves in Court or are being tried in the media to intimidate them into silence.
8.  Another case worth mentioning is that of the Chief of Staff to the President, Abba Kyari, who also has several allegations of corruption hanging around his neck but obviously has being cleared of them. Equally, let us not forget the allegations of corruption and inducement of Judges leveled against the Minister of Transport, Rotimi Amaechi and the Minister of Science and Technology, Chief Ogbonnaya Onuh. These and many others too numerous to mention are instances of allegation of corruption and misdeeds against officials and members of this this administration. They have all been cleared of these weighty allegations without due process in what must be seen by Nigerians as a complete cover up of the stench in this administration.
9.  Against this backdrop, it is very clear that the ‘Anti-Corruption War’ of the President Mohamadu Buhari is a farce. Those who are serving or close to him can do no wrong. And if you are a sinner, simply cross over to the APC and all your sins will be forgiven. Without any fear of contradiction, we hereby further assert that the anti-cortuption war of President is a complete failure. President Buhari must allow the trial of all the above mentioned officers and members of his Cabinet who have been found wanting with proof of corruption practices. Otherwise, we will conclude that it’s the end of the so called anti-corruption crusade. It’s time to end the deception of Nigerians. No more lies!
Long live the Peoples Democratic Party!!
Long live the Federal Republic of Nigeria!!
Signed: