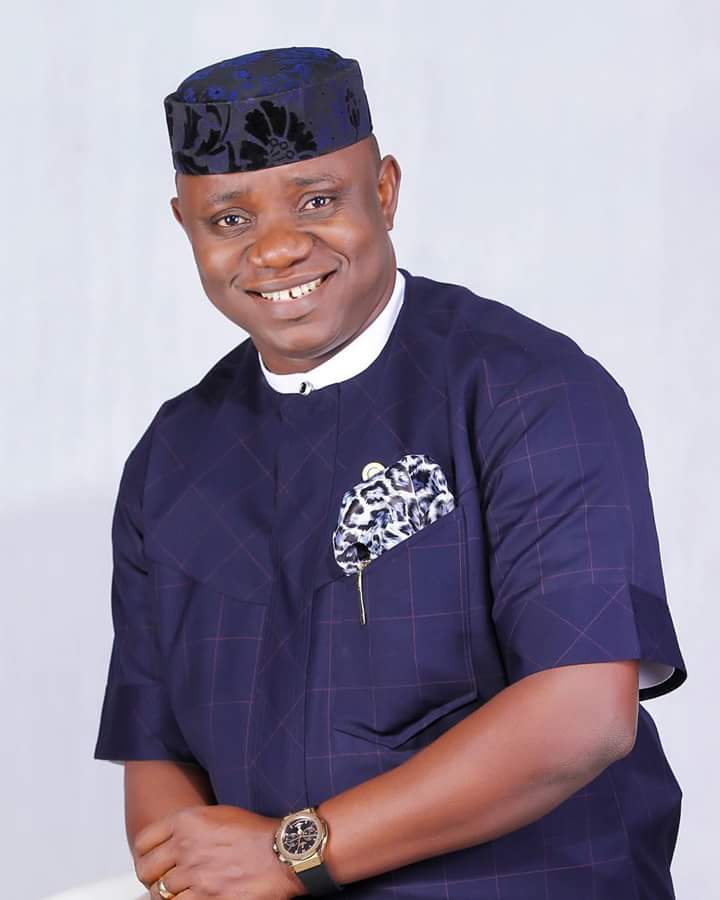 The member representing Ibesikpo Asutan State Constituency in the Akwa Ibom State House of Assembly and Chairman House Committee on Rules, Business, Ethics and Privileges, Rt.Hon.(Elder) Aniekan Nyong Uko have express serious concern on the wrong timing of the Real Property Charge Bill, 2016 brought before the house by the member representing Esit Eket/Ibeno, Rt Hon.(Dr.) Usoro Akpanusoh with an objection that at this time of recession,the legislature, need not aggravate the sufferings of Akwa Ibom people, but rather engage in what will put food on their tables.

The Ibesikpo Asutan mouthpiece while reacting to the bill which have scaled through its second reading said, he was not against the bill, but rather the timing is not apt as an average Akwa Ibomite is now looking for bills that will give him hope instead of lack of it.

Elder Uko maintained that his mission in the Akwa Ibom State House of Assembly was to ameliorate the sufferings of the people, and that working contrary to that vision will mean to sacrifice his conscience on the altar of sentiments.

Hear him “My aspiration to represent my people in Akwa Ibom State House of Assembly was driven by conscience and by the Grace of God Almighty I’ve been able to allow that conscience to guide me in the bills and Motions I have sponsored in the floor of this house and also in my general contributions in whatever is brought before us in this hallow chamber and the committees I serve.

I thank God for the bill not being an Executive Bill because no matter how lean the state resources are, I will not support any form of revenue generation that will be detrimental to Akwa Ibom People who took pains and stood under the sun to elect us to where we have found ourselves.

At this point of recession, I would be of the opinion that we consider critically the kind of bills we pass into law….Yes.
I will not support any law that will compel Property Owners in Akwa Ibom State to be taxed yearly.

We should be thinking of making laws that will forcefully relocate the Mobil Headquarters to Akwa Ibom so that our people can be gainfully employed.

We should be thinking of laws that can compel Akwa Ibom Citizens to consider the renewal of their vehicle licences when due as mandatory civic responsibility and to register their vehicles in Akwa Ibom not Lagos and Abuja.

Just last week, Mr.Speaker, I witnessed a situation where a group of revenue agents from my local government went to collect money from poor cyclist operators in Ikot Akpan Abia in the name of generating revenue for the council, and the hungry/angry bike men came out with matchets and weapons and started descending on the tax collectors and they ran leaving the cars they used which was later destroyed and set ablaze.

Nigeria is in Recession and there’s Hunger in the land, families are crying because they cannot provide one square meal. People are suffering and these people are angry because they voted for Prosperity and change which today their experience has attracted the opposite.

Of recent, just last week the Governor of Cross River state placed ban on all sort revenue generation by way of taxing the poor indigenes of the state and by my assessment that was a positive step which is worth emulating.

I was given this mandate on trust, therefore I will not sacrifice it for anything not even the grudges from any quarters.

I may be the only voice to speak against this bill but I will be so satisfied if I am properly judge by the open wound we all have which is “Our Conscience.

Let’s think of how to put food on the table of Akwa Ibom People at this time not forcing our people to live in penury and untold hardship.

While thanking the sponsor of the bill and others, let’s be guided and remember, a hungry man, is an angry man” he fumed.