“The cold war continues and will bring tragic consequences someday if we continue like this. One party have failed to show restraint and caution. More followers are emerging from both sides abusing either the President or the Governor on local radio, papers and the social media. The party that is not in the Hilltop Mansion is not sensible enough in this matter as the war has gone beyond politics. There shall be no peace with what I’m seeing because bitterness has come into our value system”. – Nsikak

Lies, deceit and smear campaign of calumny from the table of haters has taken the centre stage and has become the easiest tool in the hands of the propagandist but I continue to weep profusely seeing those I should rather believe in being the same people misleading the armless public with their lies and mendacious falsehood. For how long will this last? 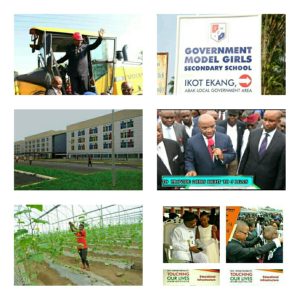 One thing I’ve learnt from my late father is that Akwa Ibom State belongs to us all and no matter what, we must learn to respect each others values, opinion and set of believe.

Base on this premise of Oneness, I have become overtime an unrepentant and incurable optimist that Akwa Ibom State will someday becomes a place where the Sub-Africa rejoin will be visiting as an industrial hub of Nigeria while some will explore our dear state for tourism. As such, I hissed whenever I see people of varies believe and contrary opinion who does not believe on the Akwa Ibom project.

Where did we get it wrong?

Party line/politics and ethnic sentiments is the cause of what we are currently experiencing in our dear state. This is the reason people have little or no regards for a constituted authority. Sentiments and politics has breed hatred and rancor between brothers of the same parents. This was not the dreams of our founding fathers. 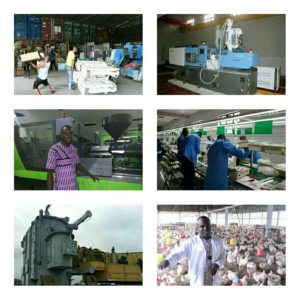 Politics and ethnic Sentiments has beclouded sense of reasoning of so many supposed great minds and has put forward men of high value to become a broad day thieves who choose lies as a profession just to earn a living.

I didn’t know that there’s a place similar to Plaza in Eket, precisely the Eket Mobile Mart where people of diverse knowledge and understanding of Politics and governance gathered mostly okada men and passers-by to discuss politics and how it should be. Sometimes it’s laughable the way they analyse to suit their argument and often time the topical issue is either Gov Udom Emmanuel, Obong Nsima Ekere, President Buhari, Senator Godswill Akpabio or Senator Akpan James Udoedehe. 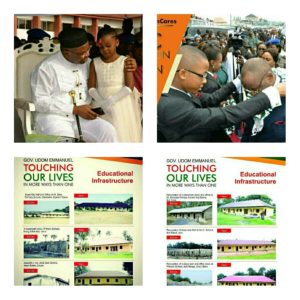 This set of individuals claims to know so much… much more than the policy makers (the government) and their essence of gathering is mostly to discredit and speak ills of the activities of the government. How did we get to this point where we see nothing good about the very system we put in place? This is the question I battle with my inner spirit in day and night.

You know in every discussion or argument whoever has superior points whether true or false is usually the one stealing the show and will be highly regarded. When he speak, others who clusters around him will be left with no option than to believe in every sentiments he shared. This time around, I decided to protrude and also steal the show but it was difficult to convinced an already yuletide brainwashed crowd who in their myopic reasoning think Gov Udom was mismanaging the State fund.

How can I communicate this already brainwashed folks in a language they will understand? I ask myself…well, having no one to my side… I excuse the mischief super guy to bear some thought to a few things I know Gov Udom Emmanuel is doing in the state.. Hahaha… he laughed and yelling at me. At this point I became very furious as he challenged me to show to them a single project so far executing by Gov Udom Emmanuel led administration. I was almost beaten at this point since he already had everyone to his side but then how can the misinformed knows more than the informed. At this point, I remembered I had a couple of pictures of projects which I’ve been to the site myself in my phone and to a larger extent pictures don’t lie… I excuse one of them and ask him how much was garri sole a couple of months ago and how much is it now.. He replied… “garri is coming down” Me: do you know why? He replied, no! Then without wasting any time I showed him the Garri processing plant built by Gov Udom Emmanuel which is currently producing garri in bags now. I had to start with garri since it’s a commodity that every home uses. The elderly man was amazed and before he could draw the attention of others as to the reasons garri was coming down. It was an opportunity for me to steal the show too by bringing up more pictures…

Light has improve tremendously in Akwa Ibom State.. Then I showed them the pictures of the sub-station in Uyo and that of Mkpat Enin which is not built by Federal government but by Gov Udom Emmanuel which is going to boost up electric power supply to more than five local government.., the syringe factory, the Metering company, the Akwa Archery and Prime at Uruan, the picture evident of over 700 kilometers of roads scattered across the state, some commissioned and some still under construction, I also showed them pictures of hospitals built and some renovated to meet up with the 21st century standard with container loads of high-tech equipments. Also in my gallery was the pictures of schools so far built.

I almost forgot the tooth pick and pencil industry, though they laughed at me but I explained to them how many Akwa Ibom Sons and daughters have benefited from this company through either direct or indirect labour. The pictures of a massive improvement in Agriculture sector..

Let me not bother you any longer.. I have here below the pictures of what Gov Udom Emmanuel is doing in Akwa Ibom State so to clear your doubts and curiosity please take a look at them but please avoid using free mode then you will appreciate the fact that Gov Udom Emmanuel is actually the best. No wonder he is made the Chairman of South South and South East Governor’s Forum.

Abasiubong Tom is from Onna writing for Nextreporter.com