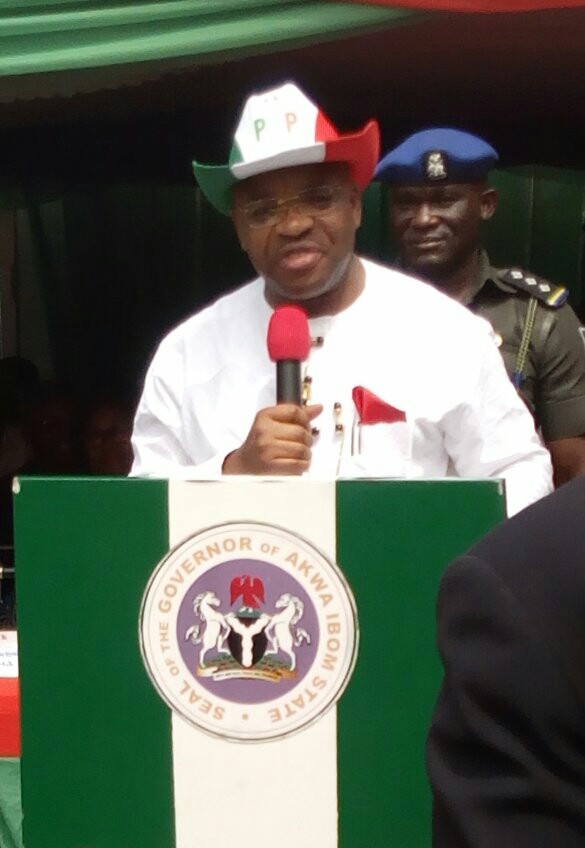 The Governor today have resolved to look into the affected local government that did not benefited in the last Inter Ministerial Direct Labour.

He pledge to resolve that as soon as possible. This was stated today the 30th of December when he addressed the entire party structure down to the word level.

Mr Udom however lamented on the poor economic situation in the country and appeal to everyone to continue to bear with the government. “Even in the face of such, every civil servants in the state has been paid December Salary.

The Governor also clarify on the issue of the affected recruited teacher and challenge anyone with a genuine appointment letter to comes up with it for proper documentation and employment.