Akwa Ibom State Governor, Udom Emmanuel has restated his commitment to helping resolve the lingering issue associated with United Evangelic Church founded as Qua Iboe Church and a section of the same church who would want the church to maintain the old name: Qua Iboe Church.

This is coming on the heels of some misunderstanding especially at the 112 Ikot Ekpene Road, Uyo, branch of the church which is the Local Assembly the Governor regularly worships and is a registered member.

Reacting to insinuations by some misguided elements on the social media who think the Governor as a key member of the local assembly may have certain interest, the Governor who has been instrumental in bringing peace and harmony between the two contending parties and had, last Thursday- (September 26), held a peace meeting with the two parties dismissed the insinuations as outright lies and evil propaganda. He asked agents of blackmail to direct their miss-applied talents elsewhere.

“It is very wrong for certain elements to make unfounded allegations concerning my role in the local assembly on Ikot Ekpene. At a peace meeting I had with the leadership of the church on Thursday September 26, I had outlined the processes and plans for peace to return to the both the local and the national leadership of the church. The parties were very satisfied with the plans outlined and went back very happy. Very soon, we hope to see the full restoration of peace and understanding between the two groups. I think it is sad and unfortunate for some people to exploit the matter and make unfounded allegations.” the Governor had stated this while responding to an inquiry over the weekend. 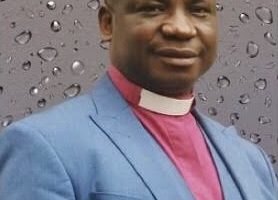