As part of the activities to commemorate his coronation as Paramount Ruler of Onna, HRM, Edidem Raymond Inyang, his daughter, Princess Ini Ray Inyang, brought in a team of medical experts from outside the country to take care of various ailments affecting his people. Such goodwill that has never been embarked on by any monarch in Onna before now. 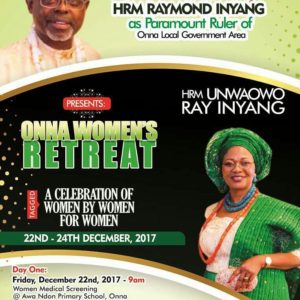 Nextreporter Crew when Interviewing one Mrs Jane Bassey from Ikwe, said that she got wind of the information through her village head in Ikwe and she decided to make her way with her son who has been suffering from hernia to Awa Ndon , the venue for the exercise without hesitation. 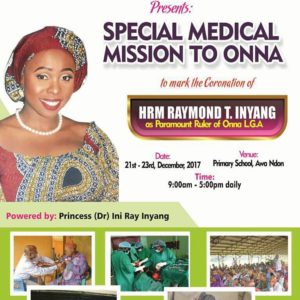 Both young and aged at the venue poured encomium to HRM Raymond Inyang for the show of love he has bestowed upon them especially in such a difficult times where many cannot afford a meal, let alone their Medical bills.

Talking to Dr. Taiwo Adeyeye, a surgeon, he said surgical operation of any kind are being taken care of. Medical Eye test with free glasses and free drugs are in surplus for all the patients. 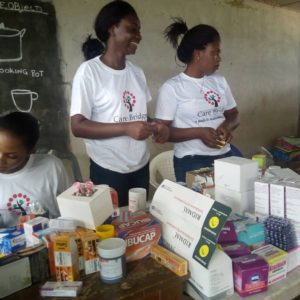 The CEO of Carebridge Foundation, Princess Ini Ray Inyang expressed appreciation to the Paramount Ruler for embarking on such a life touching programme. She however promise to always offer her services to the community whenever she’s called upon. 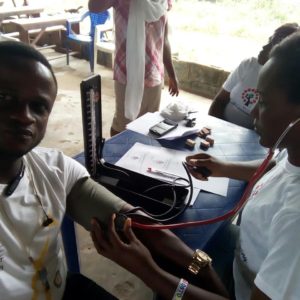