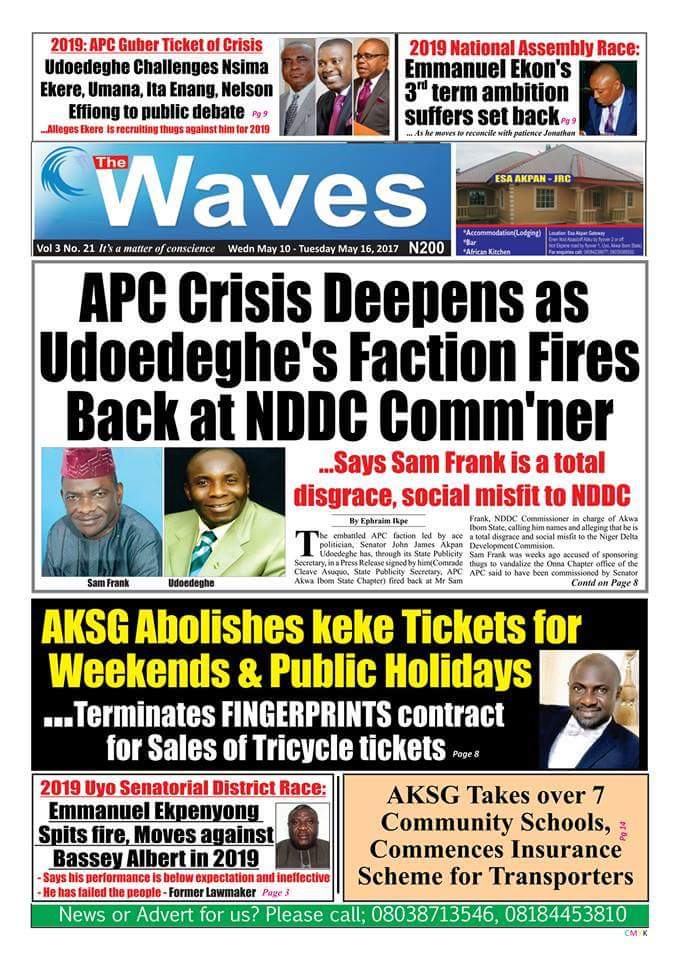 …Terminates FINGERPRINTS contract for Sales of Tricycle tickets
Akwa Ibom State government through its Ministry of Transport and Petroleum Resources has terminated the appointment of FINGERPRINTS CONSTRUCTION Limited as the consultant for the sales of tricycle (keke) tickets in the state for Ministry of Transport and Petroleum Resources with immediate effect.

In a press release signed by the Commissioner for Transport and Petroleum Resources, Rt. Hon. Orman B. Esin and made available to this Paper, FINGERPRINTS CONSTRUCTION Limited was directed to discontinue the sales of daily tickets to keke operators.

In the interim, the following transport Unions were mandated to manage  the operations of tricycle (keke) as would be directed by Ministry of Transport and Petroleum Resources.

The release further announced the suspension of sales of daily tickets to tricycle (Keke) operators till further notice, just as the general public and those concerned were advised to be so guided.

Meanwhile the Commissioner for Transportation and Petroleum Resources, Rt. Hon Orman Esin in a meeting with the tricycle operators announced the abolition of Keke ticket for weekends and public holidays, as Keke riders declared total support for Gov Udom Emmanuel’s second term ambition.  This paper learnt that the keke operators were set for a street rally in Uyo metropolis soonest.
Nextreporter News