Governor Udom Emmanuel of Akwa Ibom State has assured the people of Oron Federal Constituency of his intention to continue to explore ways of converting their resources into wealth and economic opportunities.

Mr Emmanuel spoke during a visit by the Oron Union to thank him over the appointment of their son, Dr. Emmanuel Ekuwem as the Secretary to the State Government. 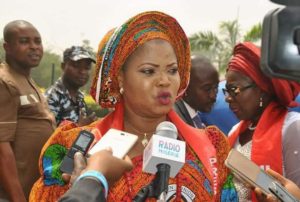 Referring to the industrial projects being put up in the area, Governor Emmanuel appealed for support from the people to enable the smooth execution of the industries.

Governor Emmanuel commended the new Secretary to State Government for keeping faith with the administration and accepting the clarion call to come and serve the state.

He said the land identified for the project is a mere swamp accommodating dangerous reptiles and has provided no value to the land owners and assured that once the project is completed, billions of naira shall be generated there.

He said the Oro Union has a responsibility to sensitize the people on the benefits of the industrial project and why everyone should encourage the success of its implementation. 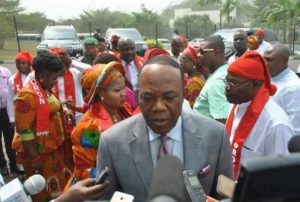 He thanked the Oro people for their appreciation visit, saying that he was overjoyed by the caliber of personalities in the delegation and promised to look into the requests of the Oron Union especially support to the rehabilitation of their Civic Hall.

Speaking earlier, the President General of Oron Union, Mrs Janet Amba said they were happy that the Governor’s drive to “put the state on the pedestal of growth and greatness,” has led him to design and execute policies that are capable of actualizing his Dakkada philosophy.

While expressing the support of the people of Oron towards the re-election of the Governor in 2019, she commended the Governor for his “penchant for political inclusiveness, equilibrium and fairplay.” 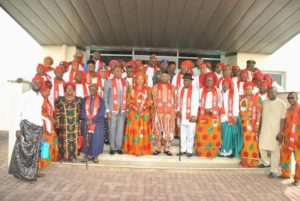 This she said he has also demonstrated through the appointment of an accomplished Oro son Dr. Emmanuel Ekuwem as the Secretary to the State Government.

She appealed for the actualization of the deep seaport project and the appointment of more eminent Oro people into more positions in the present administration.

Also speaking, Dr. Ekuwem described his appointment as a call to commitment, dedication, loyalty and contribution of his best to the Governor’s vision in transforming the state for the future.