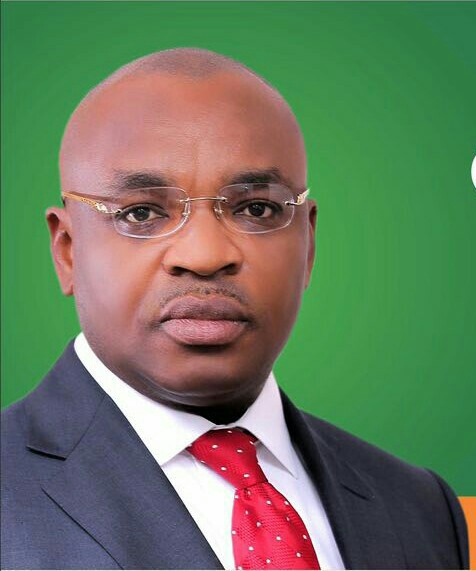 Akwa Ibom State Government has indicated interest to partner with the United States of America in strategic development particularly in the areas  of  economy,  health, education, technology and capacity building.

The State Governor,  Mr Udom Emmanuel gave the indication when the United States Ambassador to Nigeria,  Mr William Stuart Symington called on him at the Government House, Uyo.

He said that Akwa Ibom State is ready for strategic partnership with developed countries to fast track development, having put in place reliable infrastructure, security,  transparent legislation in addition to its  abundant resources that could be exploited for sustainable economic growth.

“I am excited that Akwa Ibom, the only state in the world named after God, is today hosting a delegation from God’s own country.”

The similarity in identity, in the opinion of the Governor should  encourage the  United States government to embark on Socio economic projects that would impact generations.

Mr Emmanuel who recounted how the United States had assisted to transform some villages in other developing economies, into global focus invited America to partner with the state to attract global attention.

“You can pick Akwa Ibom, not as a village, because it is already assuming a city status, and turn it into a global focus.”

He reiterated the desire of his administration to explore other ways of developing the economy beyond the oil, especially with the dwindling fortunes of crude oil in the global market.

“America is no longer buying oil from Nigeria because it has invented shell oil and it is important your country assist our state in the area of technology transfer.”

Emmanuel who described the Ambassador’s visit to one of the strategic States in the Niger Delta as a welcome development noted that, “we are thrilled by the visit of the ambassador. He came here to learn from us and from me as his brother while we also learn from his experience.”

The Governor advanced that, “the western world should  help the developing nations in the transfer of technology because what makes the difference is not the resources but superior technology to harness the resources ”
Earlier the United States Ambassador to Nigeria, Mr William Stuart Symington said he was in the state to explore areas of cooperation and that the interaction and knowledge gained would form the framework for such collaboration.

The Envoy who described the Governor as “a world class man” said that Nigeria is highly endowed with natural and human  resources which could be utilized to create sustainable development.

Mr Symington explained that the colours in Nigeria’s flag symbolize new life, hope and strength,  maintaining that peace and joy are the ingredients to transform the world.
He sued for team work and peaceful co-existence  among states in the country, saying  “it takes the village to raise the world”  and that the rural community requires integration to build the global village.

Ambassador Symington who was accompanied by the US Consul General Mr John Bray, congratulated Governor Emmanuel for the vision of steering the affairs of the state to attract global attention.

He noted that America and Nigeria have  a long history of economic partnership in the areas of  education, health, infrastructure and science,  noting that such partnership would be extended to the benefit of the state.

The visit which  was preceded  by a red carpet reception ceremony at the premises of the state government house, climaxed  in a Gala in honour of the diplomat at the banquet hall.
At a banquet held in honour of the envoy, the Speaker of the State House of Assembly Barr. Onofiok Luke expressed appreciation to the Governor for putting in place impactful leadership strides that have launched the state into the global community, maintaining that the envoy is attracted to the state by the Governor’s ingenuity in handling the affairs of the state.

The gala featured cultural and musical performances by different troupes to showcase the rich background of the state.