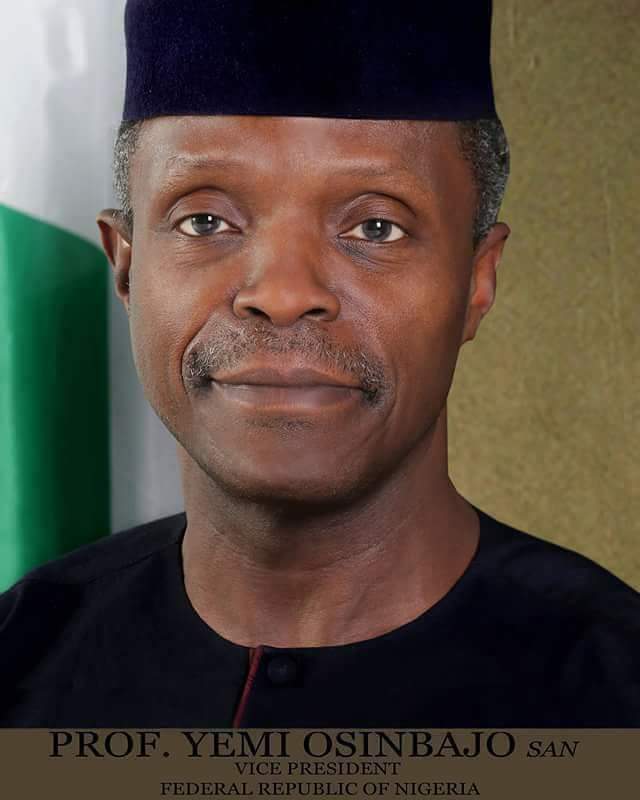 UYO-Acting President, Prof. Yemi Osinbajo has directed the International Oil Companies operating in the Niger-Delta region to relocate their headquarters to their States of operation to mitigate tension in host communities.

Osinbajo, gave the directive at a Town Hall meeting in Uyo, Akwa Ibom State capital on Thursday during continuation visit to the region to dialogue with stakeholders. The Acting President urged the Minister of State, Petroleum, Dr. Ibe Kachikwu to begin the process of engaging the International Oil Companies on the way forward to actualize the directive, saying “I think it is the right thing to do”.

He disclosed that, the Ministry of Petroleum is also working with major oil companies on several initiatives including; working on illegal refineries to establish modular refineries to achieve the desired result. On the Federal Government amnesty programme for ex-agitators, Osinbajo re-iterated the federal government stand noting that, the Ministry of Petroleum and Amnesty office are working with the state governments of the region on providing the benefits to young people in the states.

He emphasized on the importance of the Ibaka deep Sea port project, saying that, the Federal Government is seriously committed to its realization. According to him, “Indeed as a matter of fact, in the 2017 budget there is already a provision for the Ibaka port. There is already N1billion provision.

It is a matter we take seriously to partner with the Akwa Ibom State Government”, urging state governments in the region to attract private investments in their domain in order to create employment opportunities for the youths.

Earlier, Governor Udom Emmanuel appealed to the Federal Government to integrate Akwa Ibom indigenes who were left out in the amnesty programmes, as well as stressed the need for the reactivation of the Aluminum Smelter Company (ALSCON) at Ikot Abasi local government area of the state to create more opportunities for the people.

He said, “With facilities we have in ALSCON, we cannot see it anywhere in Africa; from the services, communication to power generation you can create seven profits centres”. Governor Emmanuel, while commending Prof.

Osinbajo for the visit, further solicited the support of the federal government for the completion of the maintenance, repairs and overhaul (MRO) facilities at the Akwa Ibom International airport to assist repairs of aircrafts assuring that, any financial assistance for the completion of the MRO will be refunded in no time from revenue generated from the repairs of aircrafts.