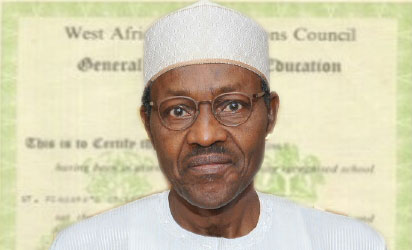 ……we’ve no case to answer, defendants insist
By Ikechukwu Nnochiri

ABUJA – A lead investigator with the Department of State Service, DSS, Mr. Babatunde Adepoju, on Tuesday, revealed before an Abuja High Court at Maitama, that a lawyer that represented President Muhammadu Buhari during his certificate saga, offered N500, 000 to Justice Adeniyi Ademola who is facing corruption charges.

Adepoju testified as the sixteenth prosecution witness, PW- 16, in the ongoing trial of Justice Ademola, his wife, Olabowale, and a Senior Advocate of Nigeria, Mr. Joe Agi.

The defendants are answering to an18-count corruption charge the Federal Government preferred against them.

The embattled Judge who hitherto served at the Abuja Division of the Federal High Court before he was asked to temporarily step down from the bench by the National Judicial Council, NJC, was among other allegations, accused of receiving gratifications from Agi to the tune of N38.5m, including a BMW Saloon 320i car gift valued at N8.5million.

The Judge allegedly received the car which was purchased from Coscharis Motors Ltd on January 5, 2015, through his son, Ademide.

At the resumed hearing of the case on Tuesday, the PW-16, told the trial court that investigation by the DSS showed that the N8.5m car was not the only gift the first defendant received from persons whose cases were pending before his court.

He told the court that the monetary gift was handed to Ademola during the wedding of his daughter.

The DSS operative said the issue came to the limelight during interrogation of the 3rd defendant, Agi, SAN, which took place on two separate dates, December 13 and 23, 2016.

He said Agi maintained that N30m gift, which was paid into Mrs. Ademola’s account in three tranches of N10m, was based on instruction of his clients, adding that it was not the only wedding gift the judge received.

The witness said that Agi told him that as at the time Awodehin, SAN, gave the gift to Justice Ademola, the suit seeking to sack President Buhari from office over his alleged none possession of requisite educational qualifications, was still pending before the judge.

Adepoju said the DSS did not investigate Agi’s claim.

Trial Justice Jude Okeke admitted the document into evidence and marked it as Exhibit FFF.

Going through the exhibit, the witness confirmed that the third counsel for Buhari in the suit was Mr. Awodehin, SAN, as well as the fact that it was handled by Justice Ademola.

Asked if President Buhari was bribing the judge to win the case against him by presenting a wedding gift to the judge incharge of the case, Adepoju said:

“No my lord. In my opinion, it would be speculative to say the gift by President Buhari’s lawyer was a bribe to Justice Ademola. It is not a bribe.”

He further dismissed as speculative, any insinuation that gifts Justice Ademola got from friends through Mr. Agi, during the wedding, amounted to bribery.

It will be recalled that over 10 different suits querying the educational qualification of President Buhari suffered natural deaths shortly after the All Progressives Congress, APC, took over power in May 29, 2015, including the one filed by Okafor.

Justice Ademola had on June 30, 2016, struck out a similar suit by Mr. Nnamdi Nwokocha-Ahaaiwe after the defendant, without adducing any reason, filed a withdrawal notice.

All the plaintiffs had applied for an order invalidating the Certificate of Return issued to President Buhari by the Independent National Electoral Commission, INEC.

Nwokocha-Ahaaiwe specifically sought for “an order directing INEC to issue a new Certificate of Return to the office of President of the Federal Republic of Nigeria to Goodluck Ebele Azikiwe Jonathan, of the Peoples Democratic Party, PDP, being the candidate who came second in the 2015 Presidential Elections”.

President Buhari had engaged a consortium of lawyers, comprising of 13 Senior Advocates of Nigeria, SANS, to defend him.

Buhari equally went before the Court of Appeal in Abuja to challenge a ruling Justice Ademola delivered on May 26, 2016, wherein he held that the suit was properly served on the defendant by the plaintiff.

Meanwhile, FG, on Tuesday, closed its case against the defendants after it called a total of 19 witnesses.

The defendants, through their respective lawyers, told the court that they are ready to make a no-case-to-answer-submission, regarding all the allegations against them.

They are contending that FG failed to establish a prima-facie criminal case capable of warranting them to enter their defence to the 18-count charge.

Justice Okeke adjourned the case till March 15 for adoption of written addresses on their no-case-submission.

In the charge, FG alleged that Ademola had in the course of his official duty, collected bribe from the senior lawyer through a Guarantee Trust Bank, GTB, account number 201/110160/1/1/0, operated by his wife who as at then was the Head of Service in Lagos State.

Trial Justice Jude Okeke had earlier admitted into evidence, bags of cash, both foreign and local currencies which were allegedly recovered from the official residence of the Judge.

FG brought the cash totalling about N39.5m in three Ghana-Must-Go bags and tendered it in evidence through an exhibit keeper at the DSS, Mr. Umar Ahmed, who testified as the 11th prosecution
Sources… Vanguard News