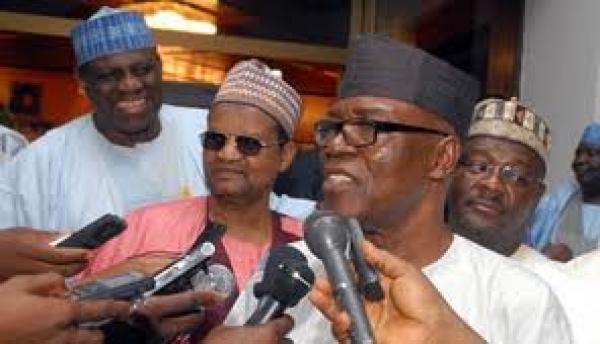 The president of the Arewa Youth Consultative Forum, AYCF, Alhaji Shettima Usman Yerima has in a recent interview declared that the presidency slot belongs to the Northerners till 2023.

Yerima in a recent interview with Vanguard warned Nigerians against the repeat of the ex-President Goodluck Jonathan’s Doctrine of Necessity which ushered him into office following the demise of the late president, Umaru Musa Yar’Adua.

What is your take on the current state of the nation?

I am not really comfortable because it is clear to everybody in the country that the hope of the citizenry has been dashed by this administration.

This government enjoyed a lot of support and goodwill from the people who were hoping that things will be better if we could put a new government in place. And that is why they came out en-masse to give the kind of support and mandate the government got in 2015 against then ruling party. And then opposition party won an election the kind that has never happened in the history of this country.

Eventually we had a new government in place but the hope of the people has been dashed. The hope has been destroyed. So, the state of the nation is neither here nor there. The economy is nothing to write home about. A lot of things are not just right. I think this is not what Nigerians bargained for. And so, in essence, a lot of Nigerians are not really happy.

Are you saying you are disappointed in this administration?

I think we are going to bring an alternative in 2019. We have to bring a new order in the country because we cannot afford to have a president who is not in charge of the affairs.

This is coupled with the fact that some of us looked at his age ahead of 2015 and came up with the reservation that it was not a good idea to have a man of his age to lead a country like Nigeria with a population of about 200 million people.

People thought we were undermining him at that time but we said no because somebody of Buhari’s age would find it difficult managing his personal affairs not to talk of the affairs of a huge country like ours. We have nothing against President Buhari personally but we believe somebody of his age should be home to manage his health.

And age is not even the problem because, when you look at global events, the way things are turning around universally, you will agree with me that we need, in the saddle, somebody who is in tune with the global reality. We need people who are digitalization compliant to turn things around in terms of intellectual capacity, in terms of globalization and people who will be in touch with the current world order.

We need somebody that is agile and knowledgeable enough to move round the world with his counterparts. For now in Nigeria, that is not the case. And I don’t think we are making any headway in that direction. And the worst thing is that, for government to look for capable hands that can turn around things positively, it ended up picking individuals that had been out of circulation for a very long time. These outdated and spent forces constitute government and they are not doing well.

Now, you can see the confusion everywhere. The reality is not all about Buhari as a person. The reality is about nature that is taking its toll on him coupled with the situation of his health that nobody knows. I am afraid we may fall into a constitutional crisis we were plunged into during the Yar’ Adua government.

And that would not augur well for us as a country.