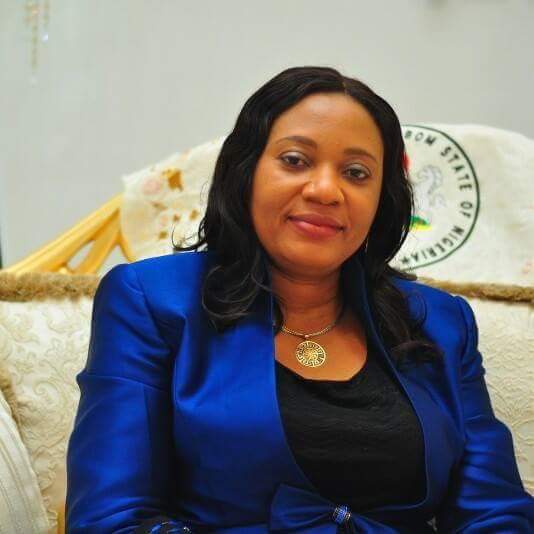 The wife of Akwa Ibom State governor, Mrs. Martha Udom Emmanuel has implored Akwa Ibom women to be vigilant and look after their children with care, stating that the surge in baby merchandise, child abduction and abuse of teenage girls in the country is worrisome.

She said research at her disposal has shown that victims of child abuse , abduction and baby factory business come from dysfunctional homes.

Speaking during the Women Monthly Prayer Summit  for the month of February at Government House, Uyo, Mrs. Emmanuel pointed out that as mothers; it was pertinent they engage in healthy conversation with their children especially the girl-child regularly so as to ascertain their wellbeing. She added that the need for mothers’ to be alive to their duties as home builders can never be overemphasized.

The First Lady while noting that baby sale involves a number of complex social and emotional issues, frowned at perpetrators of the heinous crimes, stressing that anybody found culpable in the state will face the wrath of the law.

She said the act is alien to our culture and as such should not be encouraged to thrive in our society. While calling on parents to be conscious of the where about of their wards , the governor’s wife charged them to play their roles as caregivers. As a caring and supportive mother, she in her disposition handed out financial grants to a cross section of the women to help boost their economic endeavours.

Preaching on the theme: ‘The Blessing’ during the assembly, the officiating minister, Pastor Mercy Uba charged the women to turn a new leaf so as to receive their blessings from God.

Reading from the book of Isaiah 49, Pastor Uba pointed that it is God’s will for His children to flourish, adding that if they must proper this year, they must not walk in the counsel of the ungodly. She noted that the time to change from wicked ways is now, for God is coming for those without blemish.