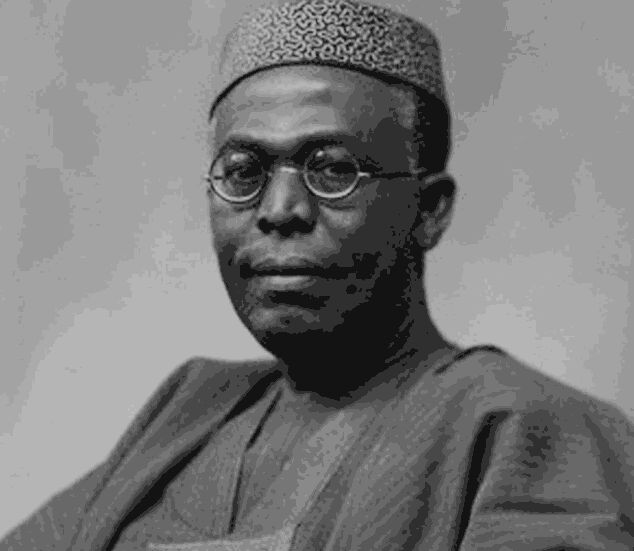 You will recall that in a statement made by me and published in the SUNDAY TIMES of March 30, 1969, I declared, among other things, as follows:

“Even at the federal level, I have no desire whatsoever, and I certainly cannot be tempted or induced to develop one, to head, or participate in an unelected or even an electoral-college elected civil administration in a military or any setting. At the moment, I am participating in the activities of the military government because I have been invited, and I also think it is right, so to do. I am, therefore, obliged, morally and for the purpose of keeping Nigeria united, to take part, as fully as I can, in any measure designed, in particular, to keep the Ibos as a constituent ethnic unit in the federation of Nigeria, enjoying equal and identical status and benefits with other ethnic units, and in general, to preserve Nigeria as an economic and political entity.”

I should have, in accordance with this declaration, relinquished my present offices soon after the end of the civil war in January last year. But one main matter decided me against such an immediate course of action. As you know, before January 1970, the four-year development and reconstruction plan had been under active preparation, and it had been hoped that it would be launched early in the 1970/71 fiscal year. It was my strong desire to participate in the consideration of this plan. As it turned out, however, the plan was not actually considered until August 1970.
By that time, three other factors had supervened.

Second, by November 1970, the time for the introduction of the 1971/72 budget was only some four months away.
Third, as from September 1970, our foreign exchange position had started to undergo an unusual rapid deterioration. It occurred to me, in all these circumstances:

-that it might be interpreted in some circles as an act of bad faith for me to leave at a time when our foreign exchange was in such a bad state, and no sensible formula had been found for arresting its deterioration.

Now with the peace and unity of our great country fully restored and firmly re-established; with the four-year development plan already considered and launched and the capital estimates for 1970/71 completed; with the 1971/72 budget done and a reasonable solution devised for our acute foreign exchange, I feel free to act in accordance with one of my fundamental beliefs, referred to in paragraph 1 above, and publicly declared on March 10, 1969-EIGHTEEN CLEAR MONTHS before the military government’s political programme was announced by you on October 1, 1970.

I would, therefore, like to notify you that, with effect from July 1, 1971, I am no longer willing to continue in the offices of federal commissioner for Finance and vice-president of the Federal Executive Council.
Supplementary to the forgoing, there is another important reason for my present action. After four truly (I hesitate to say exceedingly) exacting (though thoroughly stimulating and educative) years in the Federal Ministry of Finance which, throughout the period, was incessantly beset with fiscal and monetary problems of unprecedented dimensions, and of peculiarly complex and tantalizing nature, I deem it to be in the interest of my continued good health to have a complete change of full-time occupation.

As to my future plan, I have decided to go back to legal practice. I also want to seize the opportunity, which the military government’s six-year political programme provides, to write, if my professional engagement permit, three books which have always been very much on my mind.

The research connected with two of these books will take me to selected developing countries in Asia, Africa, and Latin America, as well to ECA and OAU secretariats in Addis Ababa, the offices of some United Nations agencies in New York, and London University.

After my appointment in 1967, I submitted to you a STATEMENT OF AFFAIRS (i.e. OF MY ASSETS AND LIABILITIES) as at June30, 1967. In keeping with the code of conduct to which I subscribed, I am obliged to send you my statement of affairs as at June 30, 1971. It is, however, not possible to send the statement along with this letter. But my accountants are already working on it and as soon as it is finalized up to June 30, 1971, I shall forward it to you.

In closing, I would like, in all sincerity, to say two things:

Firstly, I have tremendously enjoyed working with you; and it is not without considerable reluctance, therefore, that I have to take this step.

Secondly, I will always remember with deep gratitude, your kindness to me in releasing me from prison, and in giving me, within a year of my release, an opportunity to serve our people of Nigeria once again in a ministerial capacity, and at a time when the very existence of our fatherland was in grave peril.

With best wishes to Victoria and your good self, and love to Ibrahim.

I wish to acknowledge the receipt of your letter dated June 3, 1971, intimating me of your decision to relinquish your appointments as the vice-president of the Federal Executive Council and Federal Commissioner for Finance with effect from July 1, 1971.

For some time, there have been rumours about your leaving the government, but I was sure, however, that if there was such an intention you would have not hesitated to notify me.
Since I know that you must have taken your decision after the most careful consideration, no useful purpose would be served by any attempt to make you change your mind.

It is, therefore, with the greatest regret and reluctance that I have to concede to your request. In accepting your decision, I would like to place on record my personal appreciation of your most valuable contribution to our achievements during the last four years. You have earned for yourself respect from all of us who have seen you at close quarters, for your patriotism, coupled with a strong well-meaning conviction on issues of national importance. I respect your maturity, objectivity, and sagacity, all of which you placed at my disposal; above all, for your advice and co-operation at all times.

Your outstanding performance as this government’s Commissioner for Finance during one of the most critical and turbulent periods of our history will always be remembered. You demonstrated, consistently, great courage, forthrightness, leadership, and a spirit of understanding, which helped us to get out of our financial disaster. That we did not succumb to the temptation to devalue our currency during the crisis and were able to win the war entirely out of our own resources and face resolutely the immediate post-war problems of rehabilitation, reconstruction and reconciliation was due, in no small measures, to your skill in the management of our finances.

I am aware that your position in this government, particularly as Commissioner for Finance, will be difficult to fill. However, I have a consolation in the fact that during your tenure of office, you laid a sound foundation on which your successors could build and carry on the good work.

I have no doubt that, at this moment, you will have the feeling that you have done your best. I share your feelings, too; and wish to extend my appreciation of the contribution of your dear wife who had had to bear more than her share of domestic burdens as a result of your public assignment.

I am glad to note and to accept your offer to hold yourself in readiness for assignment which the Federal Government may consider necessary to give you even when you will no longer be directly associated with public life.
Since there will be occasions soon for me and your colleagues in government to state our assessment of your contribution to the service of this nation in the last four years, I now merely wish to say how sorry I am to lose your services. We will miss your great sense of humour, your debating ability and useful suggestions at all times.

On behalf of myself, your colleagues on the Federal Executive Council, and the people of our great country, I wish you many more years of useful life.

My wife and Ibrahim join me in wishing you every success in your next sphere of life.
Yours most sincerely,